Brian Anderson is the new head coach of the Kamloops NorthPaws.

The 40-year-old from Tucson, AZ. will take the reigns from his former minor league teammate Cole Armstrong to lead the ‘Paws into their sophomore West Coast League season in 2023. 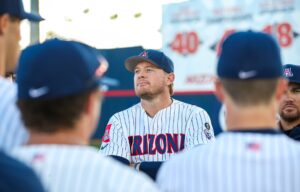 “Cole and I share the same approach of really stressing player development. In order for them to not get burnt out, I think you have to create an environment where they want to show up to the ballpark every day,” Anderson said.

Anderson, a centre fielder, was the Chicago White Sox first round pick, 15th overall, in the 2003 MLB Draft and won a World Series title during his rookie season in 2005.

He played 355 games over five seasons in the Majors with the White Sox and Boston Red Sox, hitting for a career .227 average. In 2010, he converted to a pitcher and spent time in the Kansas City Royals and New York Yankees minor league systems.

“I can tell you this much, I failed at the highest level more time than I was successful, so one approach I used last year and continue to use this year is I don’t tell my players that they have to do things a certain way, but I do tell them the things that don’t work. I tell them my job is to protect them from doing things over and over that I know aren’t conducive to become a great player,” said the World Series champion.

He is currently the assistant coach and recruiting coordinator for Pima Community College in his hometown and finished a stint as the pitching coach for team New Zealand at the World Baseball Classic qualifiers in Panama earlier this fall.

Last season, he was the assistant coach and first base coach for the University of Arizona, the same program where he set a hit streak record and earned All-American honours in three years as a player at the beginning of the millennium. His move to Pima this season was largely a familial decision as Anderson and his wife welcomed their daughter Scarlett into the world about seven weeks ago.

Though this will be his first stint leading a collegiate summer baseball team, Anderson is no stranger to this type of ball as an alumnus of the renowned Cape Cod League.

“Summer ball, the main thing it did for me was it humbled me. Summer ball exposed my weaknesses so I could go back to the University of Arizona and work on that when I got back so I could improve my game,” Anderson said.

The next immediate steps for the NorthPaws new skipper will be to recruit the 2023 roster, a process he says he will follow in Armstrong’s model of targeting good pitchers and players with strong character.

“If you can keep these kids bought in and excited to show up to the field every day, I think that’s the kind of secret sauce in order to be successful in the summer,” he said. “One thing I’m going to focus on is building quality arms, bringing quality arms to Kamloops. Guys that can throw strikes and also a plethora of good arms.”

Versatility, he said, will also be a coveted asset for next summer’s NorthPaws players.

“I think as a coach, it’s my job to prepare them to be as dangerous as possible or at least competitive at multiple positions. For example, there’s a catcher I have in mind right now who catches every day, but he can also go and play left field. This makes him more versatile and more attractive to some professional teams,” Anderson said.

The NorthPaws will look to follow up on a strong inaugural campaign which saw 9 walk off wins, 19 home victories in 26 games, and only one home series loss. The ‘Paws became only the fourth WCL team to qualify for the playoffs in their debut season.

The Kamloops NorthPaws is a West Coast League franchise bringing the highest calibre baseball Canada’s Tournament Capital has ever seen. The West Coast League, founded in 2005, has 16 teams across Oregon, Washington, British Columbia and Alberta featuring some of the top collegiate players during a 54-game summer season. Find the NorthPaws online at www.northpawsbaseball.ca, @northpawsbaseball on Instagram and Facebook, @KamloopsNorthPaws on Tiktok or @northpawsbb on Twitter. 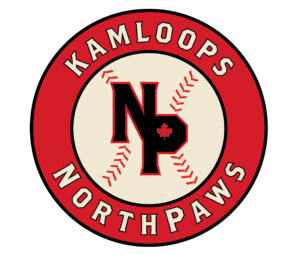