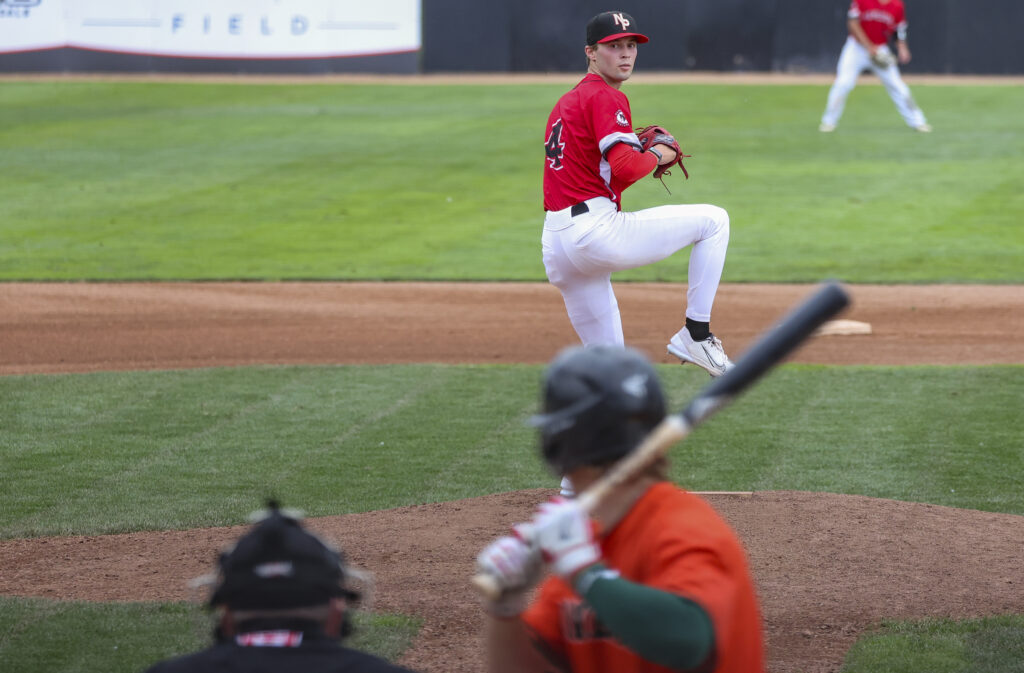 Zack Beatty’s team-leading fifth home run of the season gave the Kamloops NorthPaws the lead they carried to a 5-2 victory over the Cowlitz Black Bears on Dearborn Ford Field at Norbrock Stadium Saturday night.

The visitors opened the scoring for the second night in a row. Black Bears second baseman Ethan Stacy, who reached on a base on balls, scored in the top of the 3rd inning on a groundball that took a tough hop and bounced up over the head of NorthPaws shortstop Tommy Green. 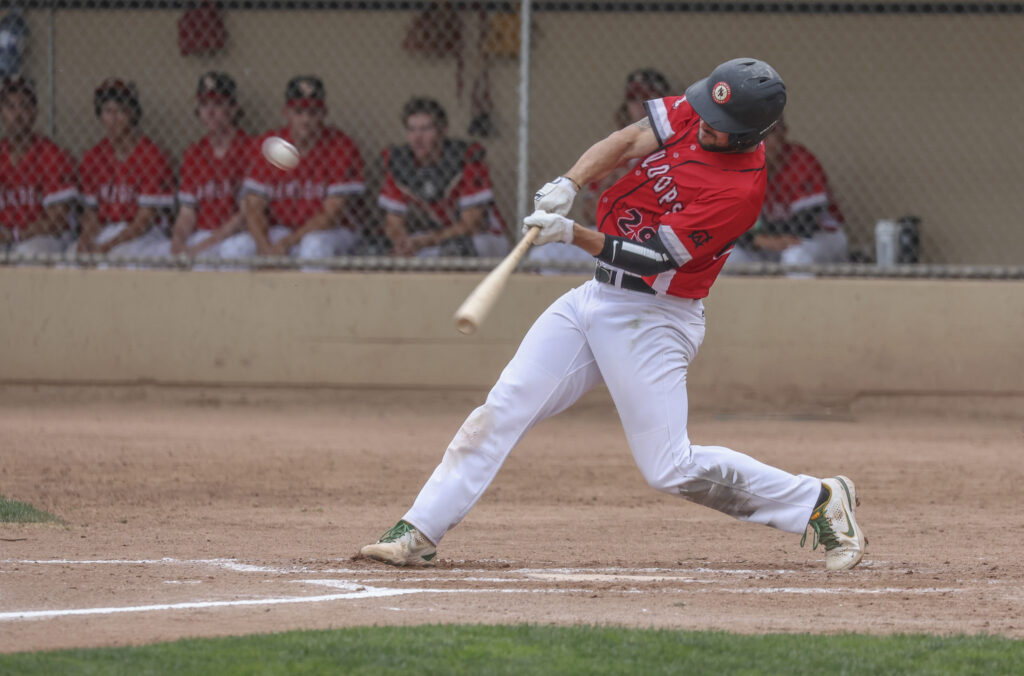 The NorthPaws answered right back in the bottom half of the 3rd. Angus Stayte hit a two-out double and was brought home in the next at-bat by the red hot Félix Chénier-Rondeau who hit another double, extending his hitting streak to 10 games.

The home side took the lead in the 4th inning. Beatty stepped up to the dish with runners on first and second and unleashed a bomb that soared over the fence in deep left-centre field. The three-run shot was his fifth of the season, moving him into a tie for second in the West Coast League with Edmonton’s Ivan Brethowr.

Zack Beatty (@MCCBaseba11) sends that one over the fence in deep left-centre for his team-leading 5th home run of the season – a 3-run blast.

NorthPaws 4 – Black Bears 1 in the bottom of the 4th. pic.twitter.com/oiWWpOCRR1

Chénier-Rondeau added to the NorthPaws lead in the 5th inning. He drove the 1-2 pitch to deep right-centre field, barely out of reach of centre fielder Sam Canton for a one-out triple. Tommy Green brought him on in the next at-bat on a groundout to the second baseman to make it 5-1 NorthPaws through five.

The Black Bears scored on in the 8th inning. Canton hit a lead-off triple over the head of Chénier-Rondeau and came home on a groundout to first base in the next at-bat.

The Black Bears pressed late, with the bases loaded with two outs in the top of the 9th inning, but Canton flew out to Robin Villeneuve in left field to end the game.

NorthPaws starter Colby Ring put up another strong performance at home. He went six innings, allowing one run on two hits to pick up his second win of the season. 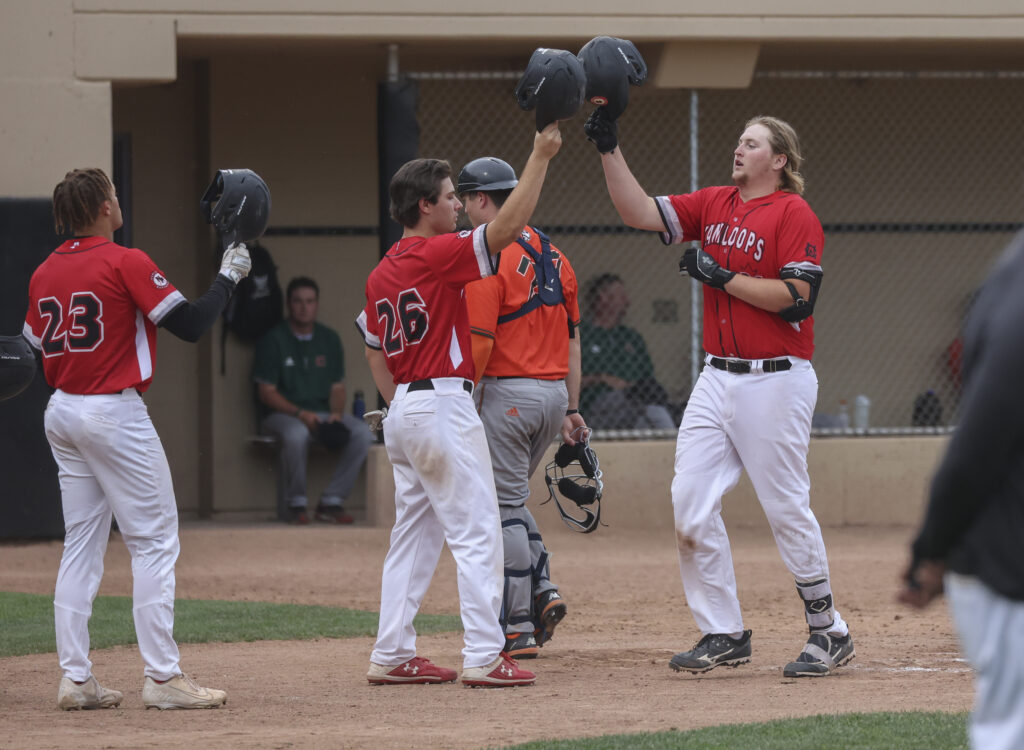 Reed Interdonato took over on the mound to pitch a scoreless 7th inning, his first appearance since June 11. Vic Domingo allowed one run in the 8th but recorded the final six outs to secure the victory for the NorthPaws.

Black Bears starter Ryan Hardman took the loss. He gave up five runs on five hits through five innings on the mound.

The rubber match goes Sunday afternoon – a delayed start time of 2:35pm on Dearborn Ford Field at Norbrock Stadium. Tickets are still available, and Rod and the Mods will be playing the Pre-Game Patio Party at 1pm. 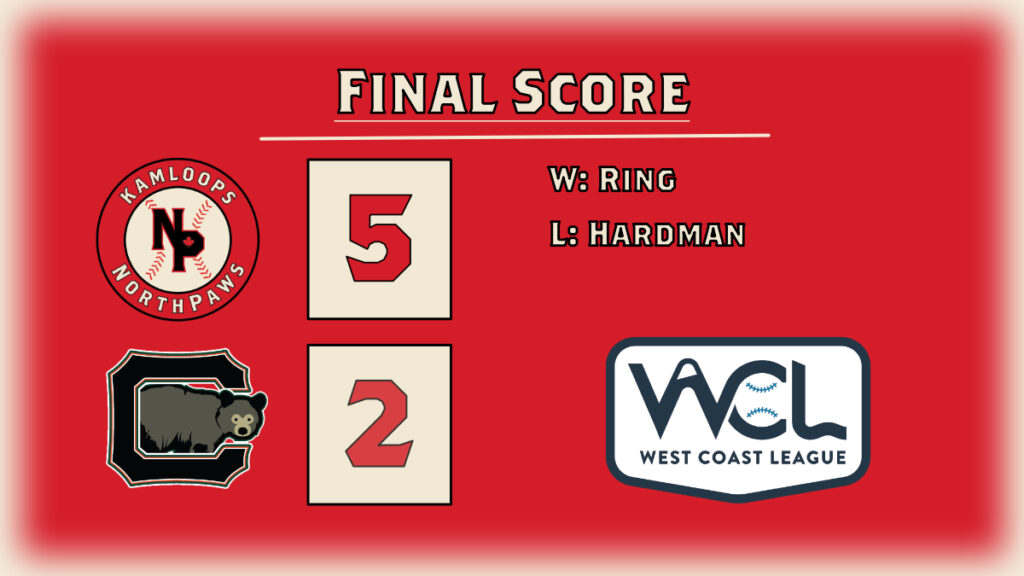