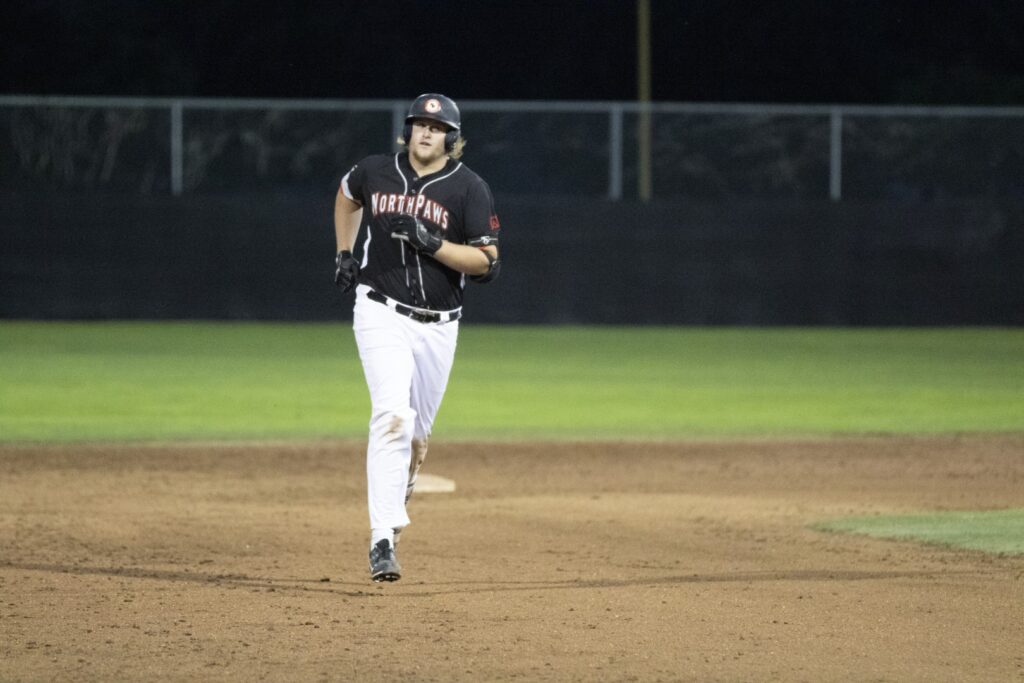 Zack Beatty rounds the bases after his walk off home run to lift the NorthPaws to victory, his 4th RBI of the night. Photo: Ian Shaw-McLaren

The Kamloops NorthPaws won 8-7 in walk off fashion over the Yakima Valley Pippins in front of an electric crowd at Dearborn Ford Field at Norbrock Stadium Wednesday night.

The win lifts the NorthPaws to the series win, the expansion team’s fifth home series victory in six home series so far this season.

For the third straight time this week, the Pippins scored first. Spencer Shipman hit a lead-off single in the top of the 2nd inning, advanced to third on a wild pitch and scored on a Sam Olsson sacrifice fly to centre field. Two batters later, Jackson Reed drew a two-out walk and later scored on a Connor Coballes single to give the visitors an early 2-0 lead.

The NorthPaws answered in the bottom half of the 2nd. Ty Penner led off with a single, stole second, and after a pair of strikeouts by Pippins starter Reilly McAdams, Dylan Zavala ripped the 2-2 pitch over the right fielder’s head for an RBI double to get the home side on the board. 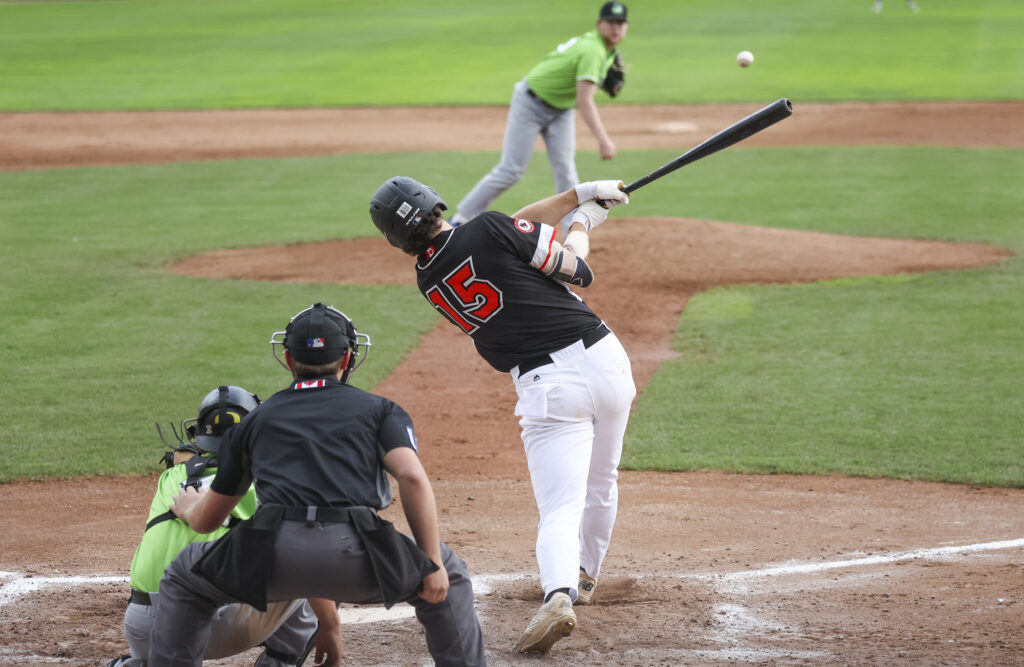 The Pippins added another run in the 4th inning, Seth Ryberg scoring for the second time in as many nights.

The NorthPaws flipped the script with a three-run 5th inning. Jackson Forbes drew a lead-off walk and came home in the next at-bat on an RBI triple from Tommy Green. Then, Zack Beatty hit a single to right field to cash Green and tie the game. Penner then stepped up to the dish, worked a 3-2 count and smacked a double to the outfield to score Beatty from first and give the NorthPaws their first lead since Game 1 of the series.

Ty Penner with a double to right-centre to score Beatty from first and give the NorthPaws our first lead of the night!

The Pippins promptly responded with a three-run inning of their own. Ryberg scored on a sacrifice fly, Luke Rohleder scored on a NorthPaws error and then Jaxon Sorenson scored the second unearned run of the inning to reinstate the visitors’ lead.

The NorthPaws bats put up a second consecutive three-run inning in the bottom of the 6th. Noah Or reached on a Pippins error, Zavala was then hit by a pitch and Forbes drew a walk to load the bases. Félix Chénier-Rondeau drew another walk to score the first run of the inning. Then, Beatty stepped up and hit a single to left field to bring two more runners home and re-take the lead. 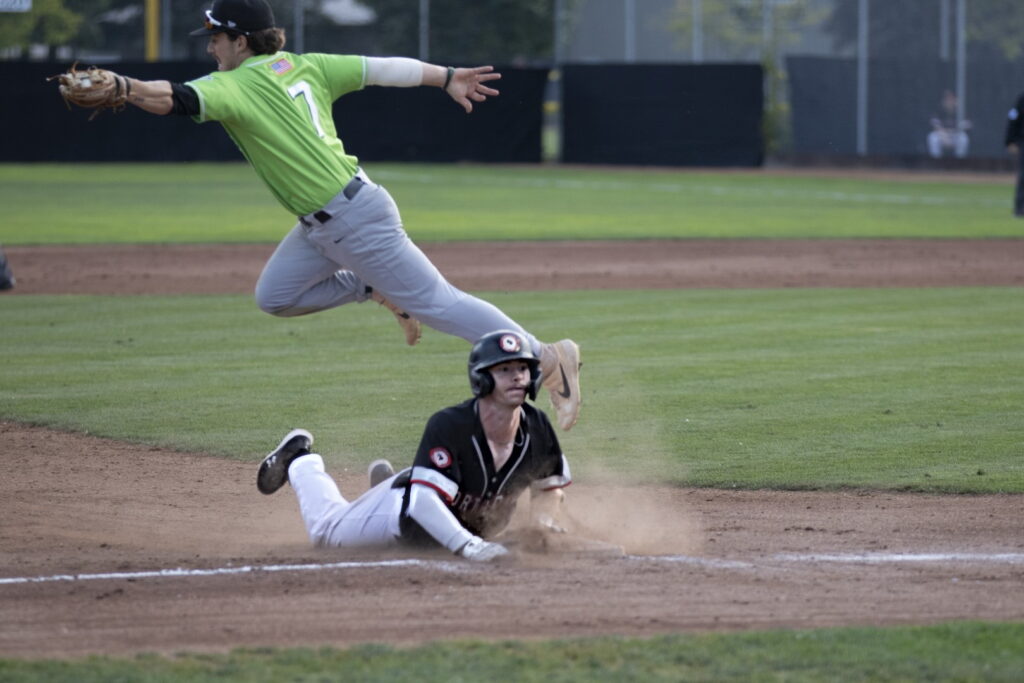 Tommy Green slides into third base with an RBI triple. Photo: Ian Shaw-McLaren

Shipman tied the game back up in the 7th with a lead off solo home run, his third of the season.

Once again, the NorthPaws were looking at a tie game heading into the bottom of the 9th inning. Up to the plate stepped Beatty. He took a big swing at the first pitch he offered and the crowd collectively held their breath as the ball sailed high into the night sky above McArthur Island. “Not that deep, or is it?” could be heard over the broadcast, but Beatty knew it was gone. He had already broken into his home run trot as the ball sailed beyond the fence in deep centre field to lift the NorthPaws to yet another walk off victory at home and take the series win with it.

Zack Beatty walks it off with a BOMB to right field!