The Kamloops NorthPaws have added another powerful bat to the inaugural infield.

“Dalton was a highly touted prospect out of high school,” says head coach Cole Armstrong. “With a big bat and strong glove, he really fits how we’re trying to build our roster. We have a good mix of guys who can hit for power and play solid defense at the corners.” 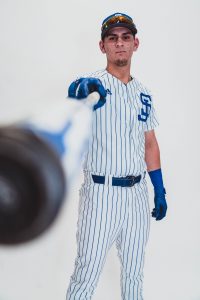 The 6’4” Bay Area product is a plus defender who projects to be a middle-of-the-order bat throughout his college tenure. Bowling said he likes to hit for power and extra bases, but he thinks his defensive play is underrated. He committed only one error in 17 games during his freshman season at SJSU.

“I feel like a lot of people underrate me as someone who can move pretty well in the infield. I think I can play everywhere. It just happens that I play best at third and first,” Bowling said. “I like to stick at third because the position shows that I have more athleticism than standing over at first base receiving balls.”

Though he is developing as a corner infielder, Bowling grew up as a catcher. As he continued to grow, he shifted away from the position, but was pressed into catching about 15 games before his freshman season at SJSU due to injuries to his teammates.

NorthPaws fans shouldn’t expect to see the young man from Fremont, Calif. behind the plate next season, but he said it’s a good example of the versatility he takes pride in.

“Growing up as a kid that’s where I played a lot. My parents are pretty small too, so we weren’t expecting me to be this big. I just kept growing, I just grew out of catching,” he said.

“You never know when you might need a guy, so I have that in my tools.”

Bowling said he’s excited to make his first trip to Canada. His SJSU teammate previously played in the West Coast League and spoke highly of the experience.

“One thing I’ve heard is guys keep these relationships. When they play each other in D1 ball afterward, they take pictures after games, they still have that bond. I’m looking forward to meeting to new guys and building relationships with teammates and people in the West Coast League,” Bowling said. “I’ve heard some good things about Kamloops, I’m excited to get up there.” 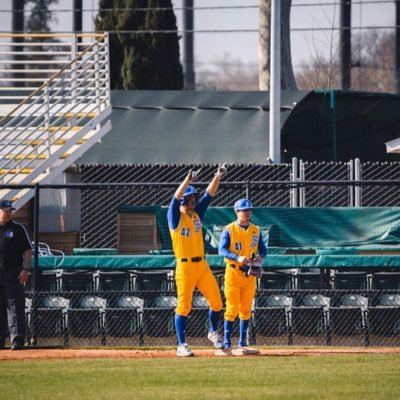