Both players are on teams leading their respective conferences and have deep playoff runs front of mind before their focus can switch to the 2022 West Coast League season.

Rochard is a right-handed pitcher at Central Arizona College (NJCAA Division I), where he plays alongside NorthPaws catcher Trey Newman. He transferred from Virginia Tech in the offseason and has committed to Lipscomb University for next season. 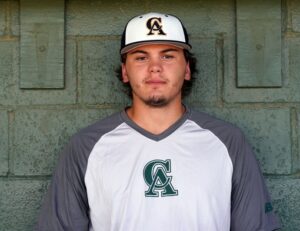 The righty from Williamsburg, Va. is primarily pitching out of the bullpen through the early stages of the season, posting a 1.80 ERA and 20 strikeouts through 15 innings. He has a 1-1 record with two saves.

Central Arizona is a perennial Juco World Series contender and was the 2021 runner up. They sit atop their conference standings through the first 16 games. They were ranked second in the national preseason poll and were listed in the top spot in the Week 4 NJCAA Baseball Power Rankings.

“Goals for myself this season would be to stay consistent, be the same guy every day. Every day seems to be the same thing over and over, so as long as I can keep my temperament the same and consistently come every day and do what I need to do it’ll be good,” Rochard said. 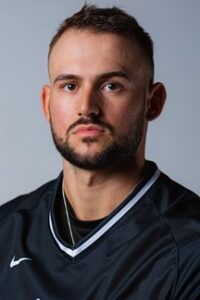 The Blainville, Que. native is off to an explosive start at plate after transferring from Cowley County College last summer. Oklahoma City is first in the Sooner Athletic Conference with an 8-1 record to start the season.

The left-handed throwing and hitting outfielder is hitting for a .404 average through his first 15 starts, with four home runs, two triples and 18 RBIs.

Chénier-Rondeau has also collected nine steals so far this season, something he says is a strength in his game.

“I don’t like staying at the same base for more than three pitches. I think it’s the best part of my game. You never know if I’m going to hit a ball out of the park or outhustle a ball hit to the first baseman,” he said.

Rochard’s season continues Saturday in a doubleheader against Phoenix College, whereas Chénier-Rondeau will kick off a three-game set against Mid-America Christian University on Thursday.