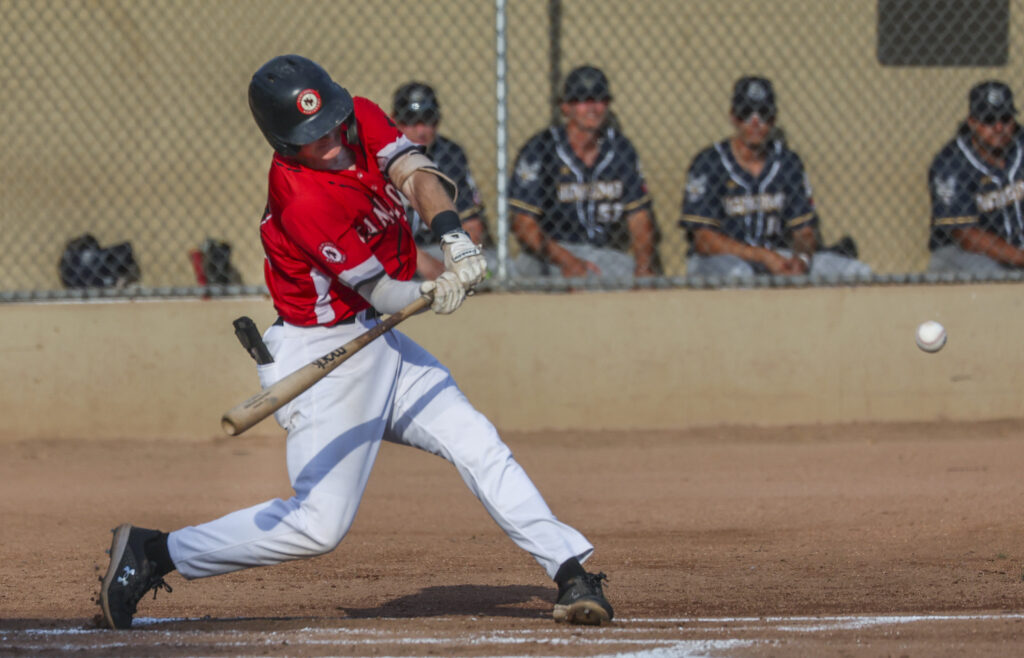 Jackson Forbes played the hero – with his parents in the house from California – to lift the Kamloops NorthPaws to an 8-7 extra innings walk off victory against the Nanaimo NightOwls in front of a raucous crowd at Dearborn Ford Field at Norbrock Stadium Friday night.

The NightOwls opened the scoring in the 1st inning. Marcus Steen drew a lead-off walk and later came home on a sacrifice fly by Kobe Sandstrom to open the scoring.

NorthPaws designated hitter Robin Villeneuve found the equalizer in the 2nd inning. He took Nathan Buchan’s 2-2 pitch over the fence in left field for his second home run of the season, sending the crowd of nearly 1,000 people into a frenzy.

That one is GONE! @robinvilleneuv3 ties the game with a solo shot to left field.

The NightOwls retook the lead in the 5th inning. Landon Frei hit a lead-off double, advanced to third on a groundout and was brought home by Sandstrom’s second sac fly of the evening.

The visitors added to their lead in the 6th. Cody Henriks lead off with a double, which was followed up by an RBI single from Garret Ostrander to make it a 3-1 ball game.

Joshua Marchese extended the visitors’ lead with a big two-run blast to right field in the 7th inning to make it a 5-1 Nanaimo lead.

Forbes trimmed away the deficit in the bottom of the 8th. He hit a lead-off single, advanced to second on a heads-up baserunning play on a pop up in foul territory along the first base line, stole third and scored on a wild pitch. Brandon Luna hit an RBI double later in the inning for his second RBI in as many games to make it a 5-3 ball game heading into the final frame.

Forbes drew a two-out walk in the 9th inning, to look to continue the come back effort. The next batter, Tommy Green sent the 1-0 offering from Hendriks deep over the fence in left field to tie the game and send it to extra innings.

We love the 9th inning! Tommy Green – SEE. YOU. LATER.

Ostrander found a gap between first and second in the top of the 10th to score two runs and take a 7-5 lead for the visitors in extra innings.

The NorthPaws yet again found themselves trailing by two runs with three outs left to work with. Villeneuve worked a lead-off walk, followed by Luna getting hit by a pitch to put two runners on with no out. Nolan Austin then struck out for the first out of the inning, followed by a single from Angus Stayte to load the bases with one away. Daniel Martin struck out for the second out of the inning, and then Ty Siffermann was the second batter of the inning to be hit by a pitch, scoring Villeneuve to trim the lead to 7-6. Forbes came back to the plate with the game on his shoulders and delivered with a single to right field to score two runs and lift the NorthPaws to another walk off victory at home. 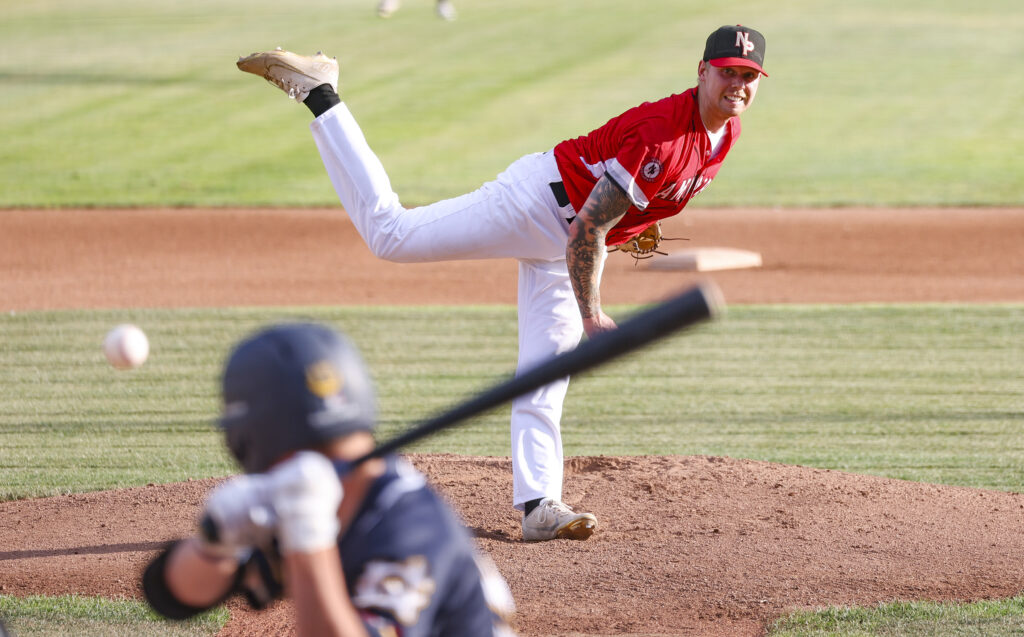 The teams will play two games on Saturday. They will resume the game which was originally suspended due to a medical emergency in the stands in Nanaimo Saturday afternoon at 2:30pm. The NorthPaws will be up to bat, as the visitors, in the top of the 3rd inning with Nanaimo leading 5-0. They will then play Game 2 of this weekend series as originally scheduled starting at 6:35pm.

No ticket is required to attend the afternoon’s continuation game. The NorthPaws ask fans bring a cash donation, with proceeds goin to the Kamloops Minor Baseball Association and the BC SPCA Kamloops & District Branch.

Tickets are still available for the evening game: click here to get yours.