Canadian catcher Jayden Wakeham and infielder Austin St. Laurent have signed with the Kamloops NorthPaws for the 2022 season.

St. Laurent is in his first season at Appalachian State University (NCAA Division I) after transferring in the off-season from East Carolina University.

St. Laurent was listed as the number 15 prospect in the Sun Belt Conference for the 2023 MLB Draft according to D1 Baseball. 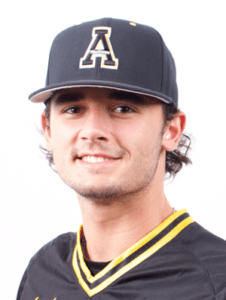 Listed as an infielder and right-handed pitcher, the North Carolinian has primarily been playing first base for the Mountaineers this season. He has posted a .324 batting average with two doubles and two triples through the first nine games of the season.

In the fall he played third base, shortstop, first base and in the outfield.

“I got moved around a lot in the fall seeing where I could benefit the team most. I like being available for whatever and to play wherever,” St. Laurent said.

He played for the Carolina Disco Turkeys during the 2021 summer season where he had a .478 on-base percentage and was second on his team with a .321 batting average.

“I want to keep getting stronger this season. I’ve already got on a program and it’s helped me tremendously, and also to focus on the mental game, I love the mental game. I’m focused on not getting to high or too low, being very much in the middle,” St. Laurent said.

Wakeham, from Victoria, B.C., is the starting catcher at Northern Kentucky University (NCAA Division I).

“I’ve been the starting catcher here, this will be my fourth year now, or at least three and a half if you count the COVID year. I’m looking to play quite a bit this year, be a leader on the team and I think my goal is to be on the first or second team all-conference this year,” Wakeham said. “I got named in an article, I’m supposed to be one of the top players in the league this year so that was kind of nice to see. Hopefully I can live up to that.” 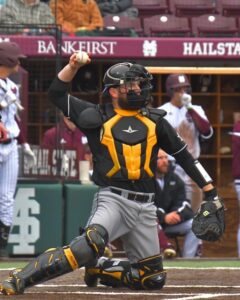 Jayden Wakeham is excited to return to his home province for the summer.

Wakeham has hit for a .205 average with one home run and three RBIs through the first 10 games this season.

He is now in his senior year of university, though he will have one year of playing eligibility remaining, and this summer will be his first time playing full-time in his home province since he was in grade 10.

He moved to Alberta to play for the Okotoks Dawgs program for his final two years of high school before embarking on his collegiate career, and he intended to play for Victoria in 2020 before the season was cancelled.

“I’ve always wanted to go back home or at least be close to home so I could have friends or family come out at some point. That’s what drew me to the West Coast League as a whole,” he said.