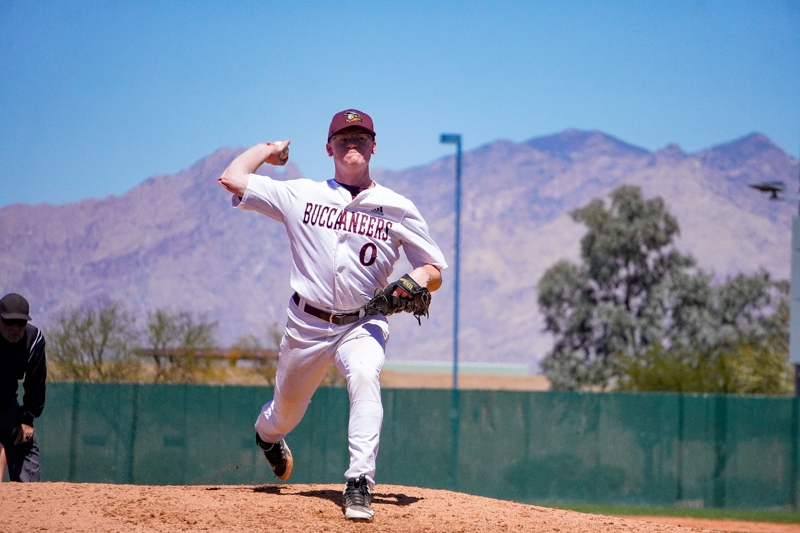 Connor Barton and Carter Harbut will be pitching for the Kamloops NorthPaws during the 2022 West Coast League season.

Barton, from Tuscon, Az., is a right-hander playing at Park University Gilbert (NAIA). He is typically used in a long relief role out of the bullpen for his college team.

His pitch mix includes a fastball, changeup, curveball and slider. He said his goal for the season is to increase his exposure as a pitcher and add velocity to his fastball, which currently sits between 86 and 88mph.

“I’m excited for the summer to try something new and expand my horizons and trying to get my name out there. This is going to be my first time coming out of the country, so I’m excited to see what Canada’s got to offer,” Barton said.

Having a father working in professional baseball has given Barton a unique perspective and unparalleled access to learn the ropes as he embarks on his own baseball career. Ask him to name drop a few of the players he’s met on their road to the Majors and the list is impressive.

“I’ve been very fortunate to be around that kind of environment because not a lot of people have been around that. Not everyone can brag or talk about, yeah, I met Jose Abreu or Joan Moncada. You get to meet new people and get information that most people don’t have access to,” Barton said. 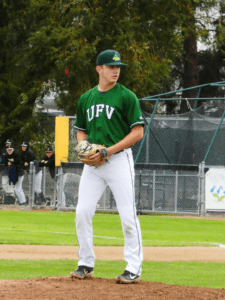 Harbut, from Abbotsford, B.C., joins Barton on a growing inaugural season pitching staff for the NorthPaws.

He played his freshman season at Coppin State University (NCAA Division I) but returned home after one season due to a shoulder injury. Between his injury and the pandemic, he stayed home and began playing and training with the University of Fraser Valley Cascades (CCBC).

Amstrong has a connection to Cascades’ general manager and pitching coach Kyle Lotzkar, who recommended Harbut for a role on Kamloops’ expansion West Coast League team.

“I trust Kyle a ton, I’ve worked with him for a long time. He said Cole’s one of the best guys he knows and he’s someone he would really trust. For the past couple summers, since high school really, I’ve wanted to play in the West Coast League so when Kyle told me about this opportunity it was a no-brainer,” Harbut said.

Harbut uses a three-pitch mix: a fastball, slider and changeup. He has primarily been used in a starter role through high school and his stint at Coppin State. He says his competitiveness is his strongest attribute on the mound.

“That’s one thing I take pride in. I don’t back down to any situation. I like getting put in tough spots and going and competing,” Harbut said.