The Kamloops NorthPaws roster is getting bigger.

Six-foot-six first baseman Zack Beatty and 6’9” pitcher Shay Timmer have signed with the Kamloops expansion team for the 2022 season.

Beatty is in his sophomore season at McCook Community College (NJCAA Division I). 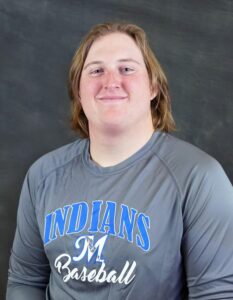 “I’m not going to be the guy that comes and tries to hit backside singles, I’m going to be trying to go gap to gap or try to put the ball over the fence to score more runs,” said the right-handed slugger from Maple Park, Il.

“Last year I had a lot of strikeouts so I want to cut those down a lot and try hitting a few more home runs this year. I hit 18 last year so I want to try and break 20 this year hopefully and just do what I can for my team,” he said.

Beatty has only been to Canada once, but he says from what he’s seen and has been told he’s excited for the experience in Kamloops.

“I love being outdoors. I looked into the town, I looked around you guys and it just looks like a beautiful place to be, and I get to play the best sport in the world, which it was almost impossible to say no to go do it,” he said.

Timmer is a right-handed freshman at Salt Lake Community College (NJCAA Division I). He joins his collegiate teammate Hunter Swapp on the NorthPaws 2022 roster. 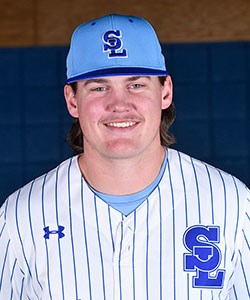 Timmer says his primary focus for this season is development, with an eye on a future starting role.

“I just really want to develop as a player and as a teammate. The starters, they’re all 3 years older than me, they’ve had that development. They’re all pretty dang good pitchers. I’m just doing my role right now and hopefully next year I’m going to keep my chance to be a starter,” Timmer said.

He has never visited Canada and, along with Beatty, with be experiencing British Columbia for the first time this summer.

I think it’s going to be a great experience just getting outside of Utah because I’ve never really been outside of Utah before. I’m extremely excited. I’ve seen a bunch of pictures and coach Armstrong has talked a lot about it with me so I’m really excited to get up there,” he said.

Beatty’s season continues on Saturday against Otero College, while Timmer will begin a four-game series against Community Christian College on Thursday.