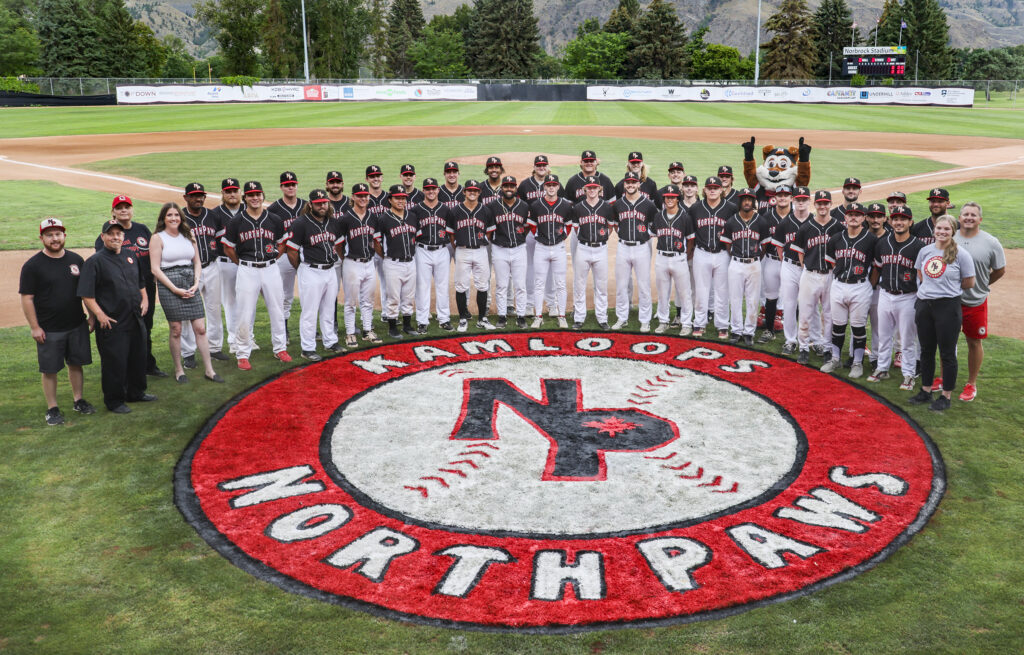 The expansion Kamloops NorthPaws are off to the playoffs!

The Kamloops NorthPaws are heading to the playoffs in their inaugural season!

They beat the Bellingham Bells 7-2 on the road Saturday night to secure one of the West Coast League’s North Division Wild Card slots in the postseason.

Ty Siffermann and Tommy Green hit RBI doubles in the top of the 1st inning to give the NorthPaws an early lead on the road.

The Bells answered with their lone run of the game in the 3rd inning to make it 2-1.

The NorthPaws took advantage of a pair of wild pitches and some defensive miscues from the Bells to put up five runs in the 6th inning to all but cement a berth in the playoffs.

The Bells added their second and final run of the game in the 9th inning.

Boston Warkentin worked a solid 5.1 innings in his final start of the season, allowing one run on two hits with seven strikeouts.

Liam Reynolds inherited the bases loaded from Warkentin, but got the final two outs to escape the jam and followed it up with a scoreless 7th inning. Kolby Lukinchuk took over to record the final six outs and send the NorthPaws to the playoffs for the first time in franchise history.

The NorthPaws (26-26) have cemented themselves as the 3rd seed for the playoffs, and will host a game Tuesday night on Dearborn Ford Field at Norbrock Stadium.

They will await confirmation of their opponent following Sunday’s games, as the Victoria HarbourCats and Edmonton Riverhawks trail the Wenatchee AppleSox by one game for the North Division second half title, and the 2nd seed in the postseason.

Tickets for the playoff game will be available at tickets.northpawsbaseball.ca.