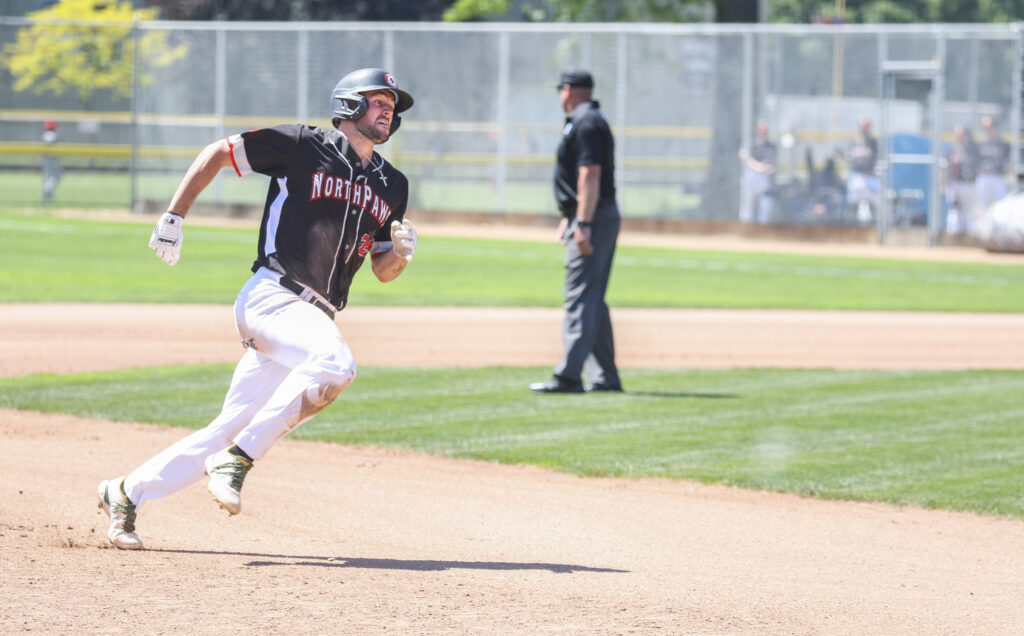 The NorthPaws bats came alive early and often on Sunday afternoon on Dearborn Ford Field at Norbrock Stadium to defeat the Port Angeles Lefties 7-4 and win the weekend series.

The Lefties opened the scoring in the top of the 1st inning for the second time this weekend. Kemet Brown worked a lead-off walk and later scored on an RBI single from B. Y. Yong to take the early lead.

The NorthPaws responded in the bottom half of the 1st. Zack Beatty ripped the 1-2 pitch into left field to score Félix Chénier-Rondeau and tie the score 1-1 through the opening inning.

Lefties get one in the top of the 1st but we found the answer in the bottom half.

The NorthPaws doubled the lead in each of the next two innings.

Tommy Green reached base on a fielder’s choice. He then stole second, stole third and went home on an overthrow to the third baseman to make it 2-1 NorthPaws through two.

Chénier-Rondeau scored for the second time in the afternoon on a double by Robin Villeneuve who came in to score in the next at-bat on another RBI single from Beatty to extend the NorthPaws lead to 4-2.

The Lefties responded with runs in the top of the 6th and 7th innings first on a sacrifice fly then on a solo shot by Yong.

The NorthPaws responded with a three-run bottom of the 7th. Chénier-Rondeau drew a walk, stole second and took advantage of two wild pitches to score for the third time on Sunday afternoon. Tommy Green drew a bases-loaded walk, then Beatty scored on an error by the Lefties second baseman, Mason Persons, to extend the home lead to 7-3.

Juuuuuust a bit outside.@chenier_felix scores for the 3rd time today.

The Lefties added a final run in the top of the 9th inning.

Tyson Heaton delivered his third straight quality start for the NorthPaws, allowing one run on five hits with three strikeouts through four innings for his second win in three starts. 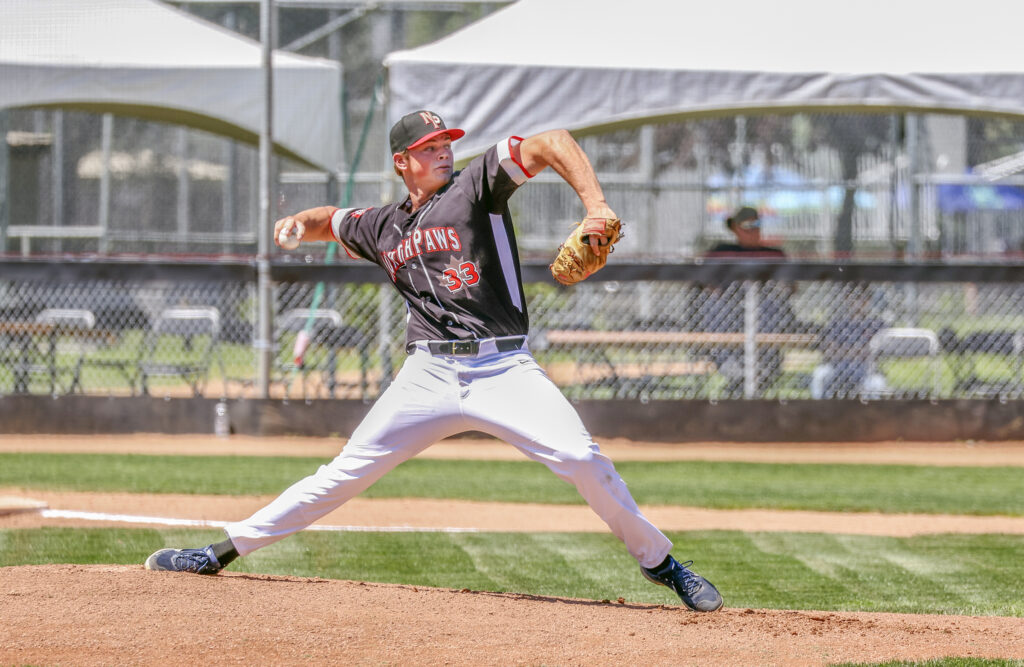 Tyson Heaton picked up his second win of the season on Sunday afternoon. Photo: Allen Douglas

Sean Heppner then Cade Webber each allowed one run in two innings of relief. Carter Harbut came in to shut down the Lefties in the 9th inning and cement the fourth straight home series victory for the NorthPaws.

Lefties lefty Andres Quinones took the loss on the mound for the visitors. Riley Parker worked a lead-off walk, advanced to third on a throwing error and came home on a sacrifice fly to deep left field.

The NorthPaws are back in action on Canada Day to start a six day home stand from July 1 to 6 against the Cowlitz Black Bears and Yakima Valley Pippins.