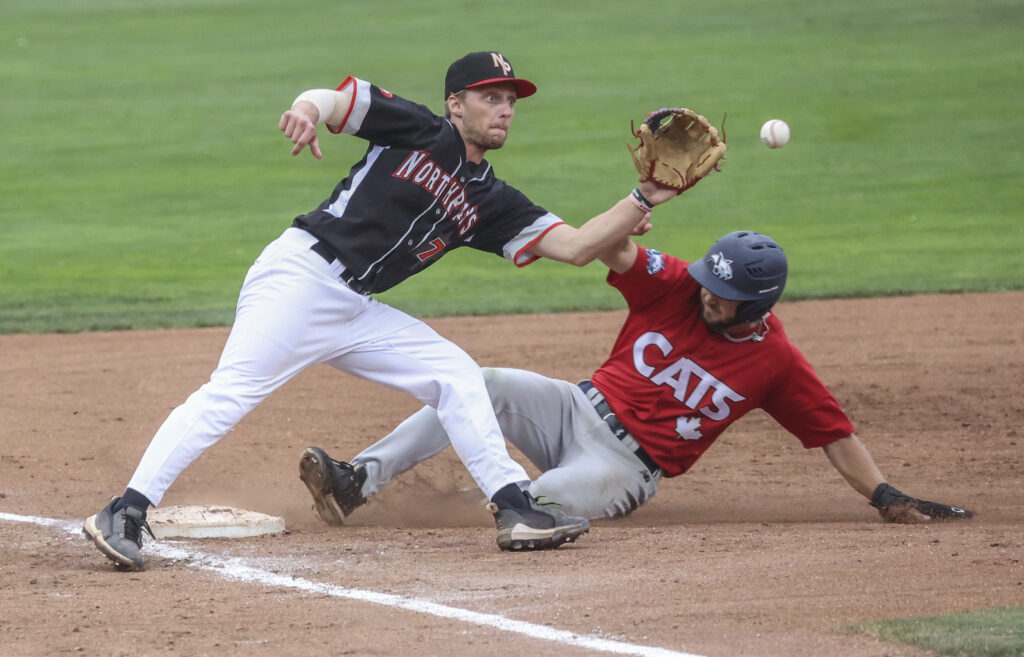 The bats were blistering Wednesday night on Dearborn Ford Field at Norbrock Stadium. The Kamloops NorthPaws erased a seven-run deficit to defeat the Victoria HarbourCats 9-8 on Wednesday night.

After the game was delayed by about half an hour to allow a storm to pass, the HarbourCats bats were thundering early, scoring twice in the 2nd inning and putting up six runs in the third to jump out to an early 8-1 lead in the game.

Angus Stayte got the NorthPaws on the board in the bottom of the 2nd inning with an RBI-double, and trailing by seven in the bottom of the 3rd the NorthPaws offence started to come alive. Zack Beatty launched his fourth home run of the season, a solo shot. Then, two batters later Stayte once again brought Daniel Martin home, this time with an RBI-single.

Félix Chénier-Rondeau added another run in the 4th inning with a solo shot to right field to cut the Victoria lead to four runs.

The home side tied the game in the next inning. Martin reached on a walk, Stayte singled and Kade Huff also drew a walk to load the bases with one out. Tommy Green drew a bases-loaded walk for the first run of the inning, then Stayte scored on a fielder’s choice in the next at-bat. Jackson Forbes swiped second to put two runners in scoring position, and then Ty Siffermann bounced a hard grounder that was bobbled by the Victoria shortstop to bring both baserunners home and tie the game 8-8. 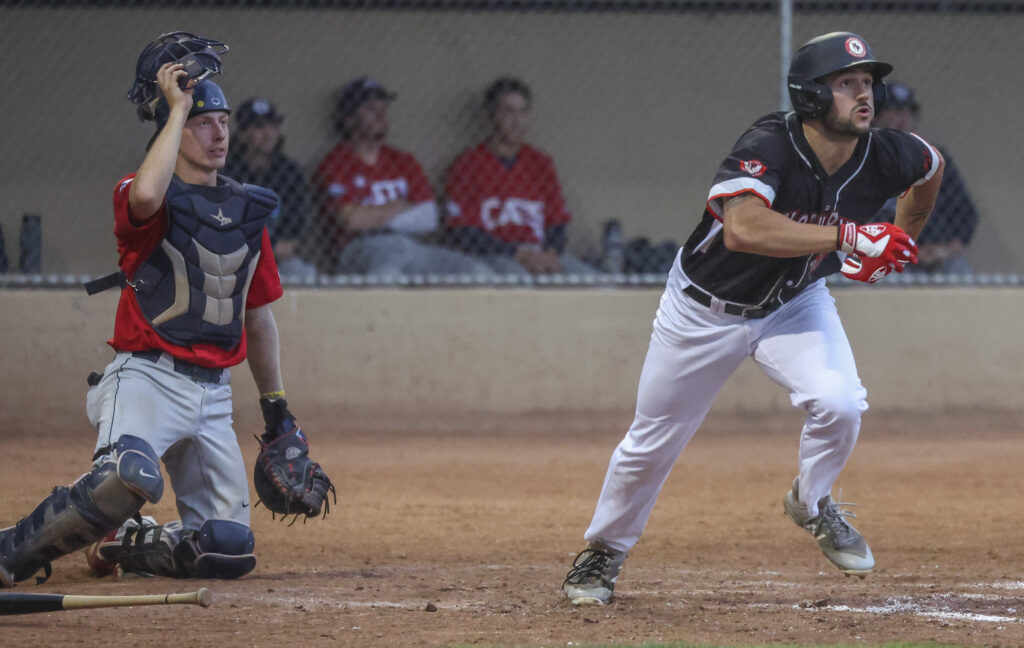 The teams played deadlocked from the 5th until the 9th inning.

Ben Polack pitched a scoreless game to pick up the win on the mound and set his team to the bottom of the 9th inning with another opportunity for a walk-off victory.

Martin led off the inning with a single. He was replaced by pinch runner Gabe Arellano who advanced to second with none out on a wild pitch. Stayte then drew a walk to put two runners on base with none away. Huff popped out to shallow right field for the first out of the inning. Green, the next batter, drew a four-pitch walk to load the bases. Forbes struck out for the second out of the inning.

Siffermann came to the plate with two outs and the bases loaded. He was hit by the 2-2 pitch to score Arellano and win in a walk-off for the second straight night.

Game 3 of the mid-week series between Kamloops and Victoria goes Thursday night. Opening pitch on Dearborn Ford Field at Norbrock Stadium is at 6:35pm. 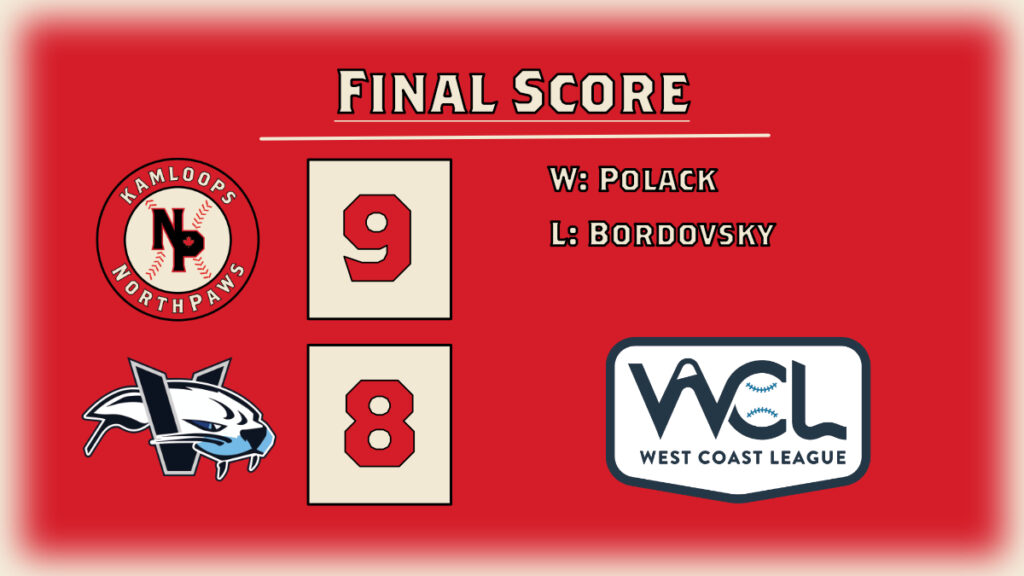