NorthPaws Fall to Bells in Game 2 of Weekend Series 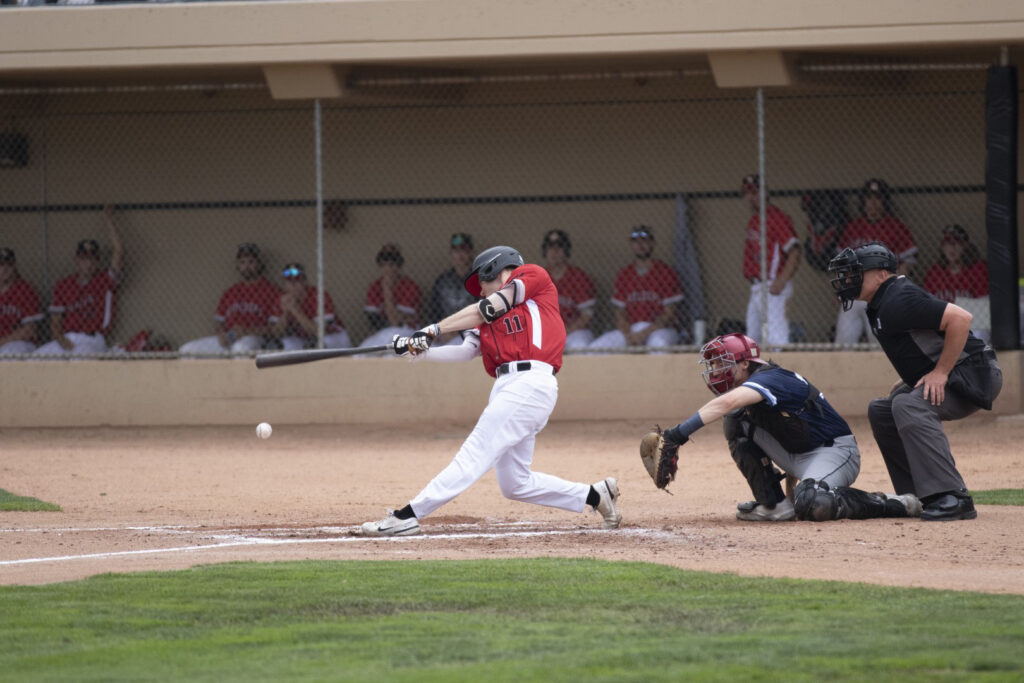 The Bells opened the scoring with a three-run 2nd inning. Gavin Schultz knocked home the first run of the game and Elijah Hainline brought two runners home later in the inning with a two-RBI single.

The NorthPaws got on the board in the 5th inning. Robin Villeneuve hit a double which kissed the left field foul line, staying fair by inches, to score Jared Sucro from second for the lone run of the game for the home squad.

The Bells extended the lead in the top of the 6th inning. Daniel Gernon and Hainline hit solo home runs over the left field fence to give the Bells a four run lead in the inning.

The Bells added two more runs in the 8th inning and another in the 9th to round out the scoring Saturday night.

Reed Interdonato collected the loss in his first West Coast League start on the mound for the NorthPaws, allowing three runs on five hits through two innings. Cooper Barnum was the winning pitcher for the Bells.

The rubber match goes Sunday afternoon at 1:05pm – the first afternoon home game for the NorthPaws this season. Click here to get tickets to the series finale.

Chick Jagger – a Rolling Stones tribute band – will be playing the Post-Game Patio Party show once the final out is recorded. 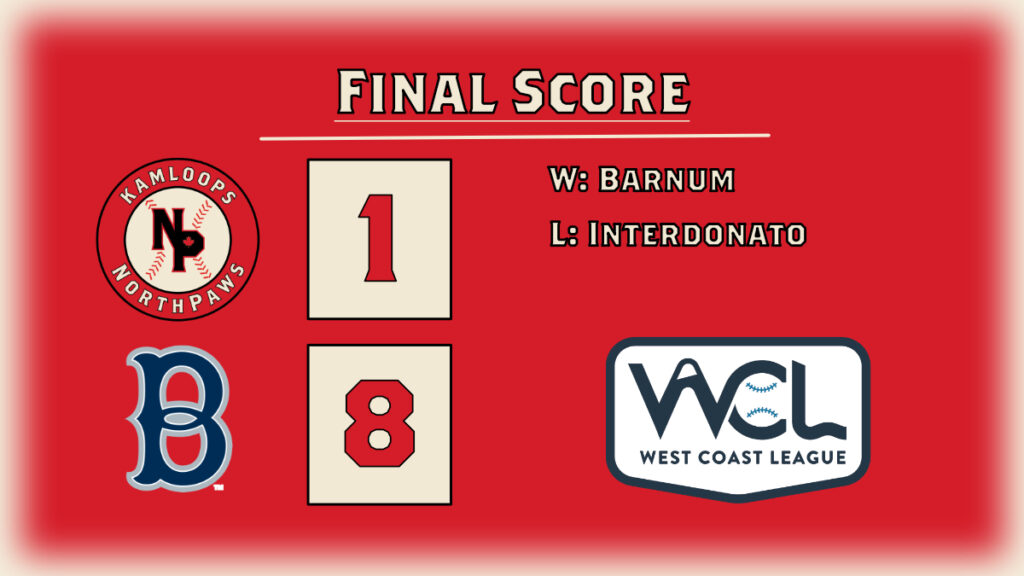