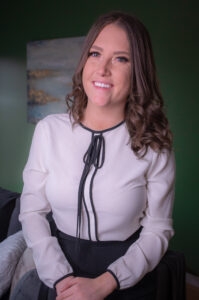 Jenna Forter is the new GM of the Kamloops NorthPaws

The Kamloops NorthPaws has a new face at the helm.

A graduate of Thompson Rivers University, Forter brings a wealth of experience in the tourism and hospitality industry to the NorthPaws front office. She also brings a worldwide perspective having grown up in Southeast Asia and living in Lake Louise and Revelstoke before moving to Kamloops in 2017.

“I have a passion for the Kamloops community and I truly believe in the legacy the NorthPaws want to build. I’m excited to be a part of building this expansion franchise,” says Forter.

With the announcement, Forter becomes the fifth active female GM in the West Coast League and the only active GM in the Kamloops sports community.

Forter takes the reins from interim general manager Sean Wandler who will remain with the organization.

“We’re excited to have Jenna as the next member of local, homegrown talent on our staff. Sean’s role as GM was always intended to be on an interim basis and he will still be an integral part of our team. We see this as a great addition to our staff as we work toward opening day in May,” says co-owner Jon Pankuch.

Armstrong grew up in Surrey and spent summers with his grandparents around Heffley Lake before embarking on his career in professional baseball. He returned to BC to join the NorthPaws front office this summer after nearly two decades south of the border.

Shinkewski is a born, raised and returned Kamloopsian and has filled various roles across the Kamloops sports community.