NorthPaws Return From Washington with .500 Record 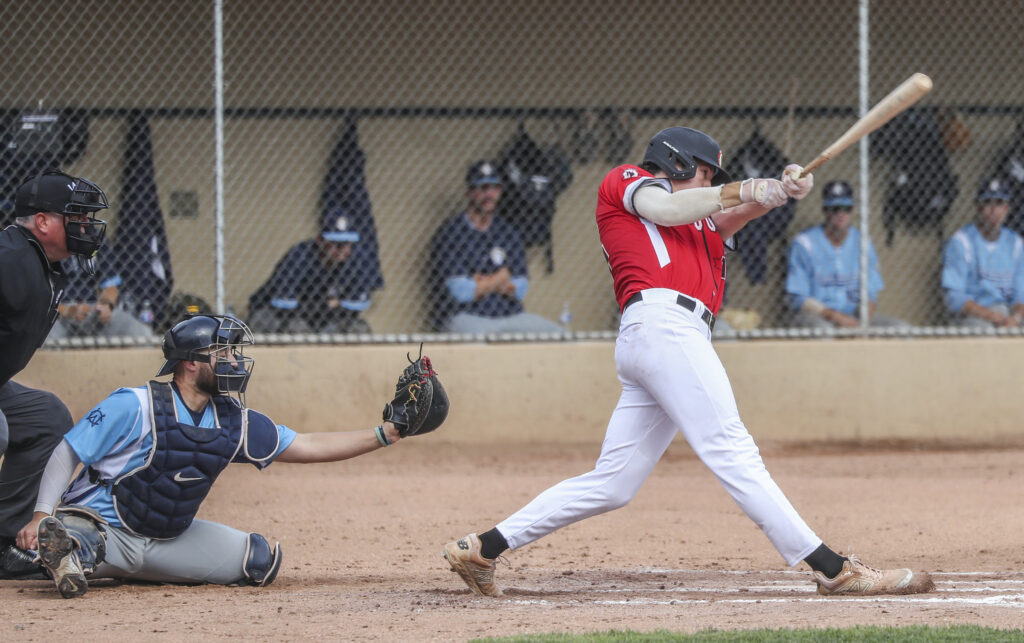 The Kamloops NorthPaws will look after a difficult first road trip of the season where the team went 1-4 in Port Angeles and Cowlitz.

As a result, the Tournament Capital expansion franchise is 4-4 on the season and tied for second place in the North Division.

The trip opened with the rain capturing two of three days in Port Angeles. The teams split a doubleheader on Saturday.

The Port Angeles Lefties took the first game of the doubleheader 8-2. The Lefties offense exploded for a six-run 2nd inning that proved to be the difference.

The NorthPaws responded with a Ty Siffermann RBI double in the third inning and Jared Sucro scored on a sac fly in the 5th. Connor Barton took the loss on the mound.

The NorthPaws responded with a 5-4 victory in extra innings in the back half of the Saturday doubleheader.

The ‘Paws were trailing 4-0 into the 6th inning, when a four-run top half tied the score. Siffermann opened the scoring with a two-RBI single. Mike Fitzsimmons and Siffermann later scored on pass balls to tie the game.

The go ahead run came off the bat of Zack Beatty with a solo homer in the 9th. Vic Domingo shut down the Lefties in the bottom half to secure the comeback victory.

Unfortunately, Sunday’s game was rained out and will be rescheduled later in the season.

The NorthPaws were swept in the weekday series against the Cowlitz Black Bears (5-1).

The series opened with another extra innings contest with the Black Bears walking off in the 11th inning.

Kamloops had gone out to a 5-0 lead early in the contest. Felix Chenier-Rondeau opened the game with a double and would come around to score in the opening frame.

The rest of the NorthPaws offence came in the 3rd inning Noah Or hit an RBI single, Dylan Zavala walked with the bases loaded and Tommy Green hit a two-RBI single in the top half of the frame.

Ethan Stacy hit an RBI single to win the game for the Black Bears. Ben Polack was credited with the loss.

The NorthPaws had taken a 6-3 lead into the bottom of the frame, but the Black Bears offense answered in a big way.

The NorthPaws got on the board in the 2nd inning when Fitzsimmons hit an RBI single, and later scored in the inning as one of two runners knocked home by a Siffermann single. Beatty hit a two-run blast in the 5th inning and Angus Stayte hit his first home run of the season in the 6th inning to round out the visitors’ offence.

Rory Lampe was credited with the loss in his debut for the NorthPaws.

The Black Bears completed the sweep with a 14-4 win on Wednesday.

Beatty got the NorthPaws on the board in the 7th inning with his third home run of the road trip. Daniel Martin scored on a sacrifice fly in the 8th inning, followed by Green’s RBI single and he later scored on a dropped third strike to round out the scoring in the inning. Barton took the loss on the mound.

The NorthPaws return home for a three-game series against the Bellingham Bells starting Friday night.

All games can be streamed at: https://wcleague.watch.pixellot.tv/home.