The Kamloops NorthPaws have added another Spartan to the inaugural roster.

Allen has only made three appearances for the Spartans, due to the shortened 2020 season, but he was a standout player during his tenure at Los Gatos High School. He posted a 14-1 record, including a perfect 9-0 record with five complete games, two shutouts, 41 strikeouts and a 1.27 ERA during his senior year.

His upcoming season in Kamloops will be his first taste of summer collegiate baseball. 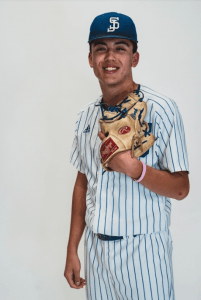 On the mound, he has a three-pitch repertoire. He’s a sinker-slider type of pitcher, but he said his changeup is developing into his best weapon.

“My mindset is basically nobody can beat me, that’s how I go into it,” Allen said. “Obviously, I know that there are better players, but I feel to be great you have to have the mindset that you are the best so that’s what I try to go out there and do.”

In 2020, the Spartans 5-12 record saw them sitting seventh in the eight-team Mountain West Conference when the COVID-19 pandemic cut the season short. For 2021, Allen says they will be a team to keep an eye on.

“With the additions that we’ve made, I really think we can win our conference this year. I just hope I can play a big role in that, whether as a starter or reliever I want to have a good role on this team because I think we’re going to be really good. I think we’re going to surprise a lot of people,” he said.

NorthPaws season tickets are on sale now. Click here to reserve your spot to see Trevor Allen and all the incoming Kamloops NorthPaws next summer.