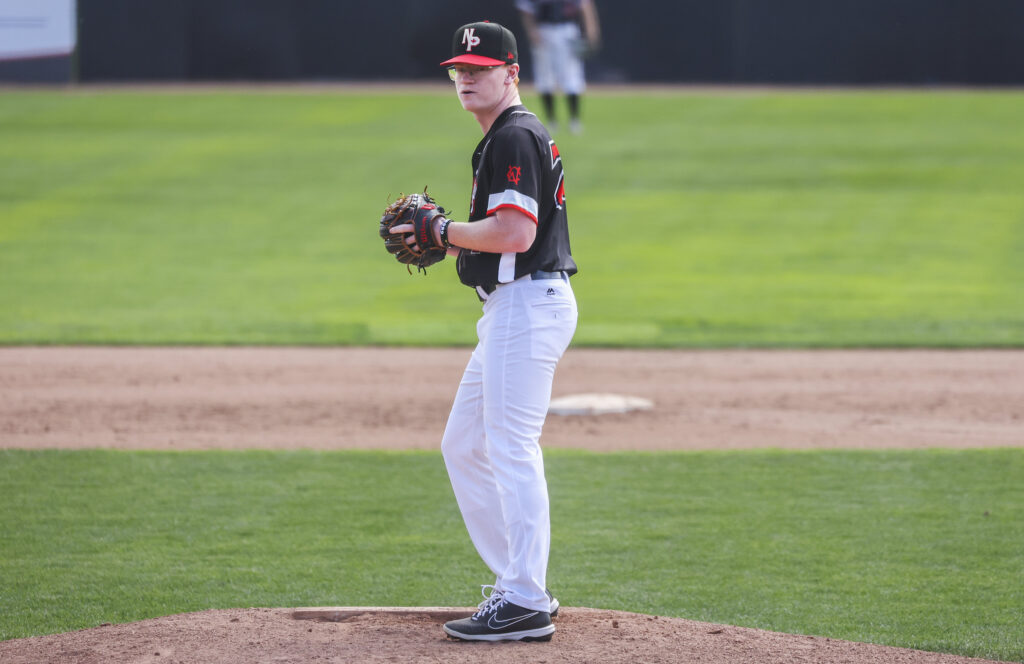 The Kamloops NorthPaws won one and lost one on the road against the Kelowna Falcons over the weekend.

The NorthPaws won 6-5 in extra innings on Friday and lost 8-2 on Saturday before Sunday’s game was rained out in the Okanagan.

The NorthPaws found themselves in familiar territory in this early West Coast League season – trailing early and looking to mount a comeback in the late innings.

The NorthPaws opened the scoring in the 2nd inning on a solo home run by Noah Or.

The Falcons struck for the next five runs in the next two innings off NorthPaws starter Colby Ring, who now has a 2.76 ERA with 18 strikeouts in his first four appearances this season.

The visitors started trimming the lead in the top of the 5th inning. Or scored on a Jackson Forbes RBI-single, and Mike Fitzsimmons took advantage of an error by the third baseman in the next at-bat to score and trim the lead to 5-3.

The pitching locked down and the teams played scoreless for the next three and a half innings, until the NorthPaws offence once again waited until the 9th to strike.

With three outs left, Robin Villeneuve lead-off with a double. He moved to third on Or’s groundout and came home to score on Hunter Swapp’s single in the next at-bat. For the second time in the game, Forbes reached on a Falcons’ error to score a run. Swapp scored from first on a bang-bang play at home, just beating out the throw to tie the game and send it to extra innings.

The final run of the game came in the top of the 12th inning. Félix Chénier-Rondeau hit a lead-off single, then stole second base to put the go-ahead run in scoring position with no outs. The Falcons defense were able to record two outs, but then Or knocked a single to score Chénier-Rondeau to take the lead the visitors would never relinquish.

Kolby Lukinchuk pitched 4.2 scoreless innings in relief. He was replaced by Vic Domingo who threw two frames without allowing a hit. Finally, Connor Barton shut out the Falcons in two extra innings of work to pick up his first win of the season. Cole Van Every took the loss for the Falcons in extra inning relief. 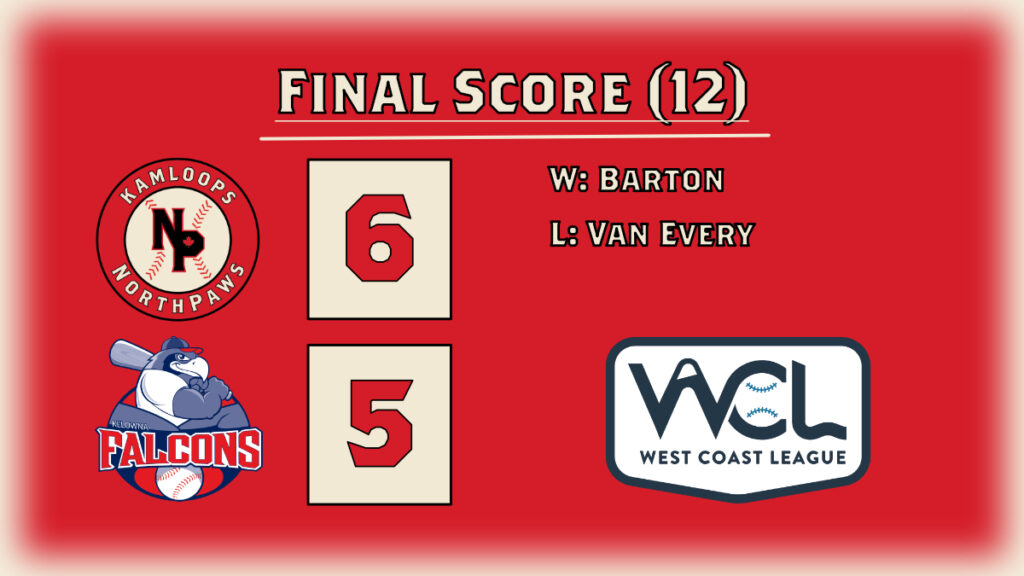 The NorthPaws were unable to recreate their Friday night magic, dropping the second game of the weekend set in Kelowna.

CJ Ontiveros opened the scoring with an RBI single in the 2nd inning.

The Falcons spotted two three-run innings in the contest, in the 3rd and 5th, and added another run in the 8th to cruise to victory.

The 8th inning provided the only NorthPaws offence in the game. Nolan Austin hit a bases-loaded single, and later in the inning Hunter Swapp was hit by a pitch with the bases loaded to round of the scoring for the visitors.

Falcons left-handed started Nickolas Woodcock was tremendous on the mound for the home team, throwing eight innings – not allowing a run until the 8th – and striking out eight NorthPaws batters.

Tyrelle Chadwick took the loss on the mound. He allowed four runs through three innings of work. 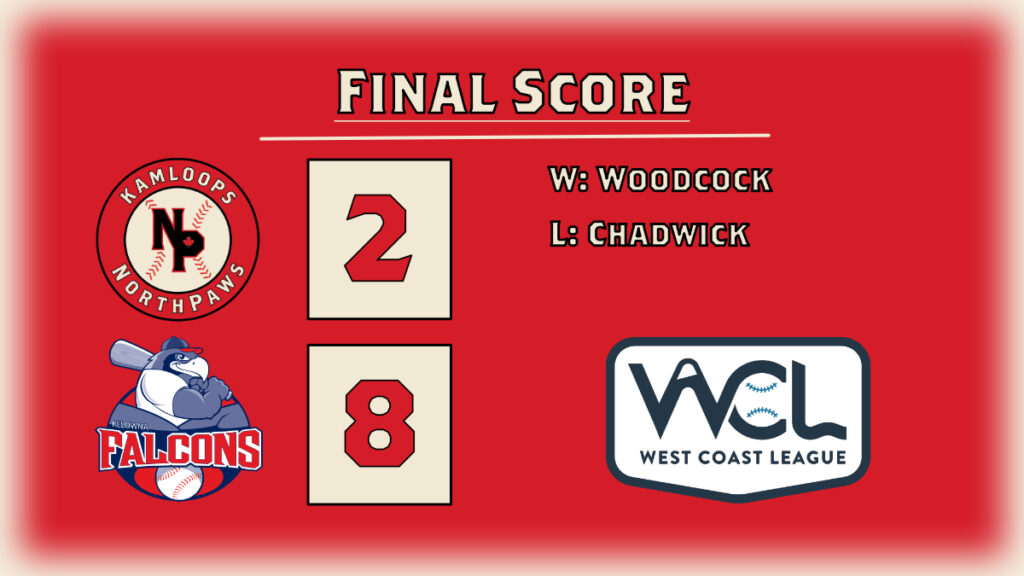 The road trip moves to Nanaimo for a three-game set against the expansion NightOwls beginning Monday at 6:35pm.

Kamloops’ expansion franchise now sits in second place in the North Division, two games back of the Bellingham Bells.

The NorthPaws return home on Friday, June 24 for a three-game weekend series against the Port Angeles Lefties. The NorthPaws are 1-1 all time against the Lefties as teams split a doubleheader earlier this month and the final game of that set has been rescheduled for July 18.