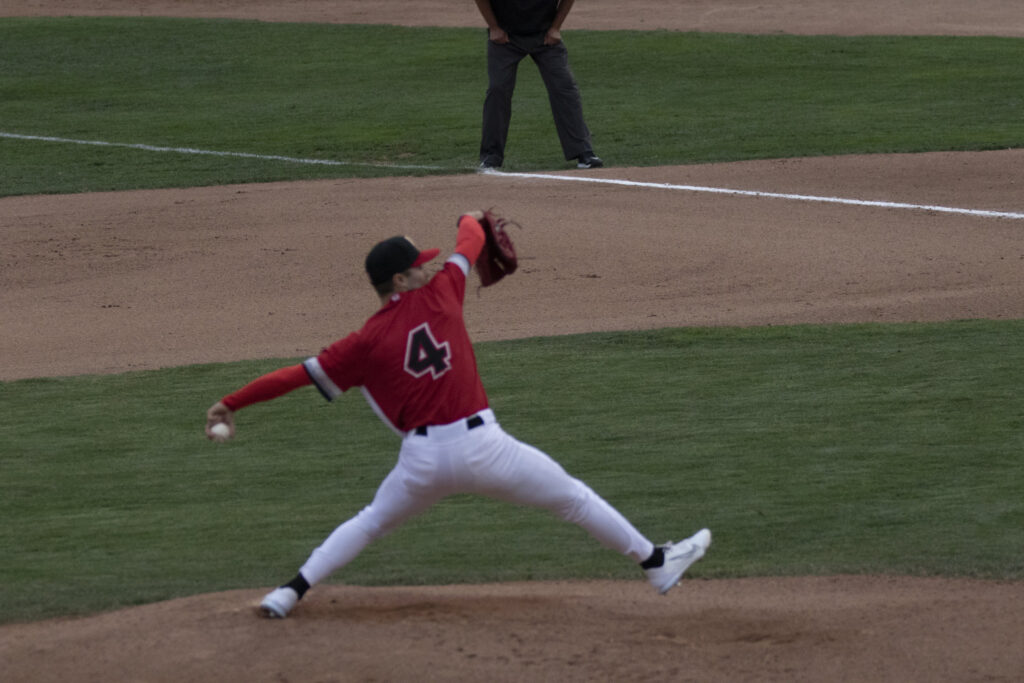 Colby Ring walked the bases loaded in the top of the 1st inning, but escaped the jam unscathed. with back to back strikeouts to end the threat.

The NorthPaws bats supported their starter in the bottom half of the inning jumping out to a three-run lead through the first frame.

Ty Siffermann lead off with a single and later came around to open the scoring on a Bells error. Zack Beatty hit a long sacrifice fly to the warning track at straightaway centrefield to cash the second run of the opening frame and Robin Villeneuve came home to score on a ball that found its way to the backstop.

The NorthPaws extended the lead in the 2nd inning when Tommy Green came home on a Siffermann groundout to second base.

The Bells got on the board in the top of the 3rd inning on a Teo Banks RBI triple.

The NorthPaws answered in the bottom of the 4th. Mike Fitzsimmons hit a two-out double and was brought home by Siffermann’s RBI single in the next at-bat.

The Bells scored their second run of the game on a NorthPaws defensive error in the 5th inning.

The NorthPaws rounded out their scoring in the bottom of the 8th inning as Green scored again this time on a dropped third strike.

The Bells trimmed the lead to three in the top of the 9th, Jared Bujanda hit a two-out RBI triple. NorthPaws lefty Ben Polack struck out the next batter to close out the game and pick up the save.

Ryan Beitel took the loss on the mound for the Bells. He had originally signed with the NorthPaws for the 2021 season but joined the Bells when Canadian teams were unable to take to the diamond due to ongoing pandemic circumstances. 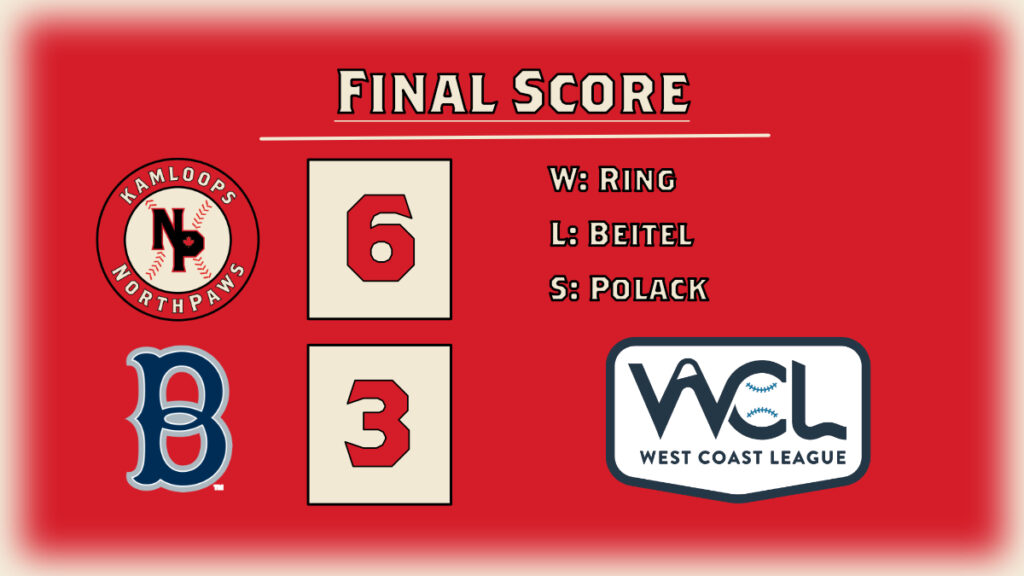