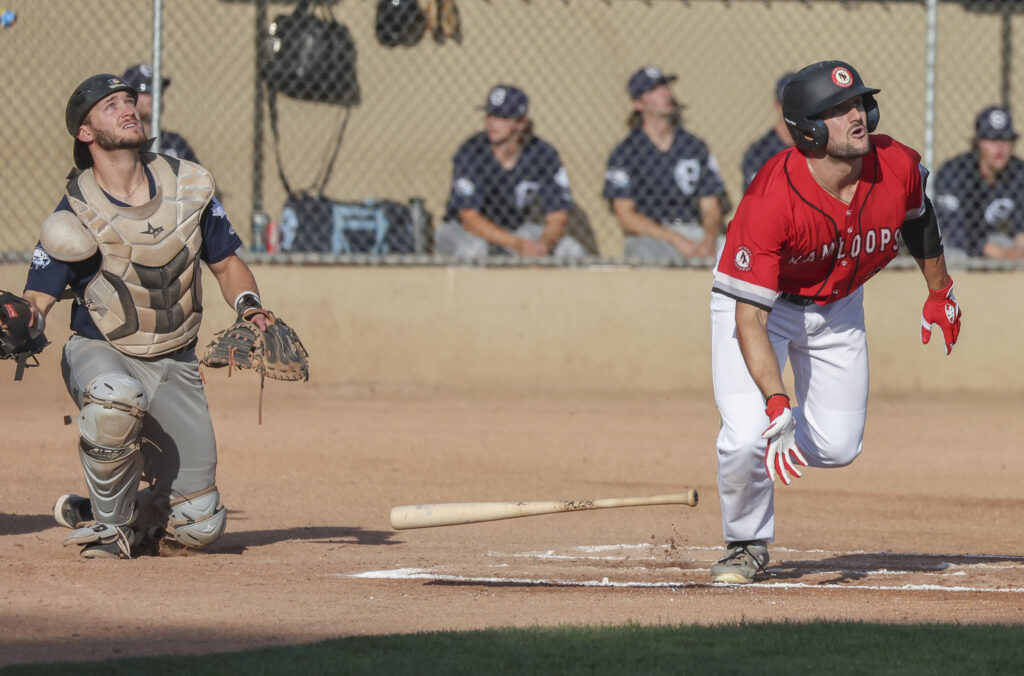 Félix Chénier-Rondeau hit a game-winning single in the bottom of the 9th inning. Photo: Allen Douglas

Jackson Forbes played the hero in just his second start at home for the Kamloops NorthPaws on Dearborn Ford Field at Norbrock Stadium.

Forbes, the speedy second baseman from San Jose State University, went 3-for-5 in the series opener against the Victoria HarbourCats and scored the winning run in the bottom of the 9th to lift the NorthPaws to a 5-4 walk-off victory on a sunny Tuesday evening.

Starting pitcher Sean Heppner opened the game with a 1-2-3 1st inning and his offense provided support in the bottom half. 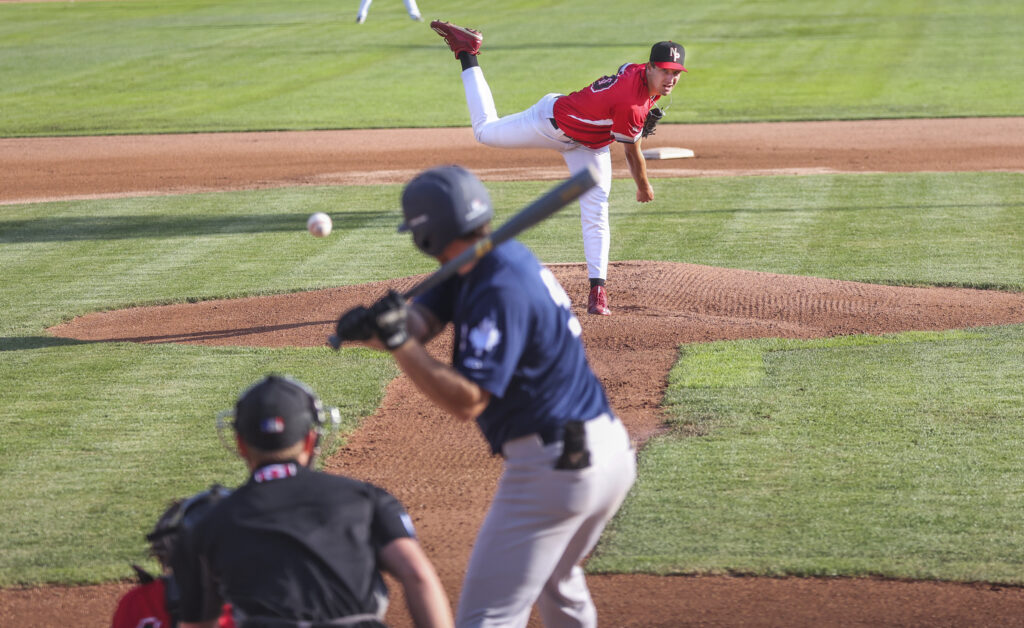 Forbes led off with a single, Noah Or was hit by a pitch and both runners advanced on a pop fly caught in foul territory. With two outs, Zack Beatty came to the dish and found a gap between third and short to bring home the first two runs of the game.

Forbes followed it up in his next at-bat with a lead-off double over the right fielder’s head to start the 3rd inning. Robin Villeneuve brought him home with another two-out RBI for the home side.

Victoria got on the board in the top of the 4th inning. Joseph Redford hit a triple and scored on a two-run shot to left field by Colton Moore.

The HarbourCats took the lead in the top of the 7th inning. Grady Morgan hit a two-out triple, scoring both runners for the visitors to lead by one. 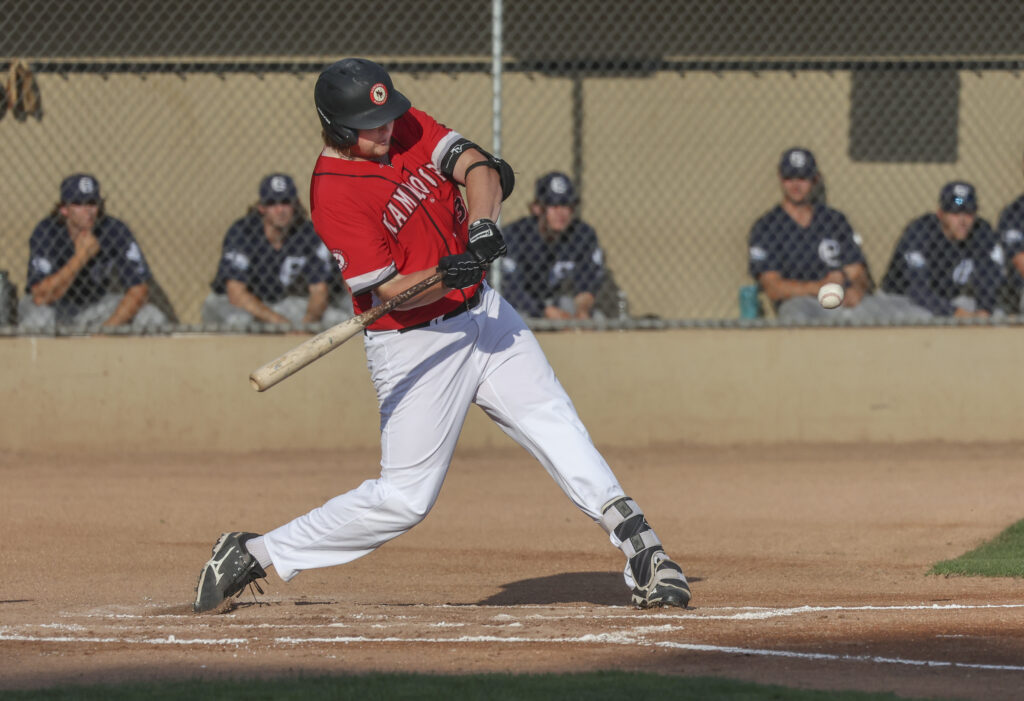 Zack Beatty opened the scoring with a two-RBI single in the 1st inning. Photo: Allen Douglas

NorthPaws righty Carter Harbut got out of a jam in the top of the 8th inning to keep it a one-run game. With runners on second and third with only one out, he forced Josh Rolling into a weak grounder keeping the threat at bay. The next batter popped up to Forbes at second to end the threat.

The NorthPaws found the equalizer in the bottom half. Nolan Austin hit a one-out single and was replaced at first by pinch runner Ty Siffermann. Daniel Martin hit a single to advance Siffermann in the next at bat, and he was brought home by a high-bouncing single to left field by Mike Fitzsimmons two batters later. Siffermann touched home plate just in the nick of time and seconds later Martin was tagged trying to take third for the final out of the inning.

Kolby Lukinchuk took over on the mound for the NorthPaws in the 9th inning and put up a 1-2-3 inning, including two strikeouts to retire the visiting side, and he was awarded the win.

Forbes knocked another lead-off base hit with a single to left-centre to start the top of the 9th. He reached second base with no out on a breaking ball that squeaked through HarbourCats catcher Moore’s legs. Or was retired with a flyout to centre, but the next batter Félix Chénier-Rondeau hit a hard liner to centre field which was enough for Forbes to score and secure the victory.

Heppner allowed two runs on three hits in six innings of work, but picked up no decision in the contest. HarbourCats righty Owen Luchies took the loss on the mound. 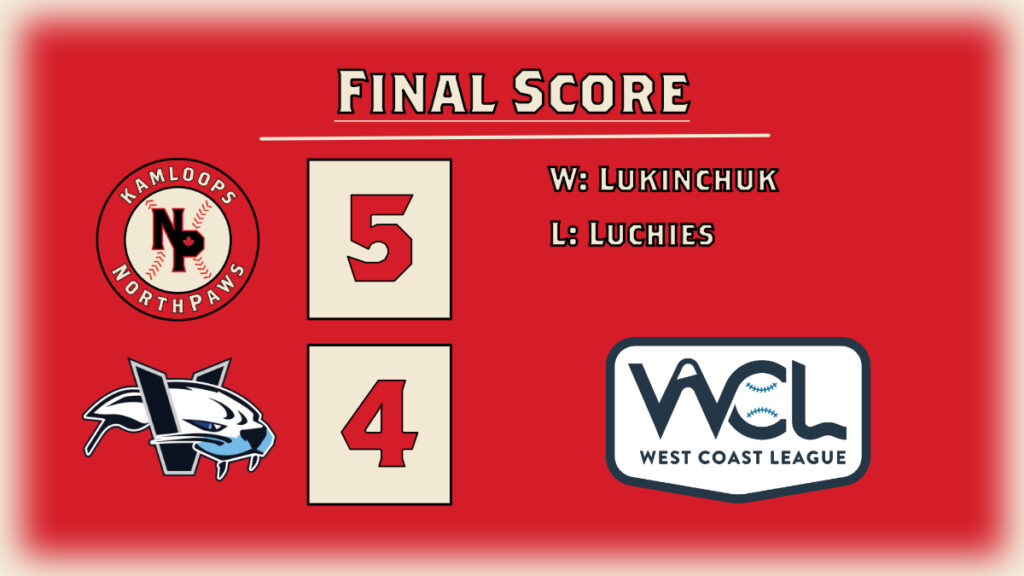