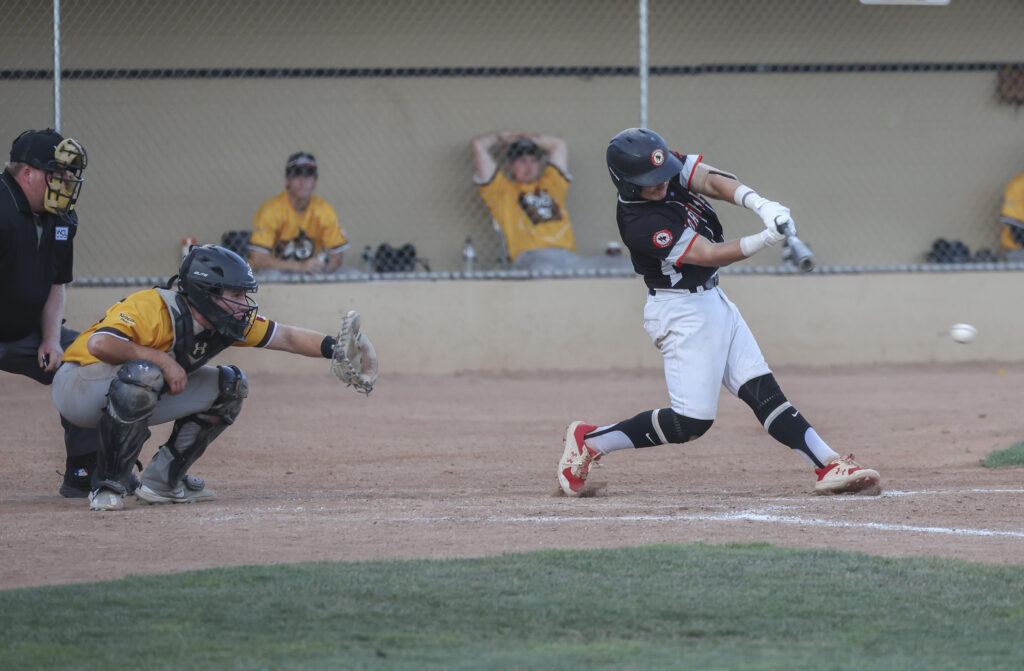 For the second straight night the Kamloops NorthPaws walked off the Nanaimo NightOwls (Bars) 8-7 on Dearborn Ford Field at Nobrock Stadium.

Nanaimo’s bats came alive early in the evening. A six-run 2nd inning, capped by a grand slam from Aaron Marsh gave the visitors a commanding lead early in the ball game.

Aidan Taclas scored on a NorthPaws error in the 3rd inning to put the Bars ahead 7-0 in the 3rd. 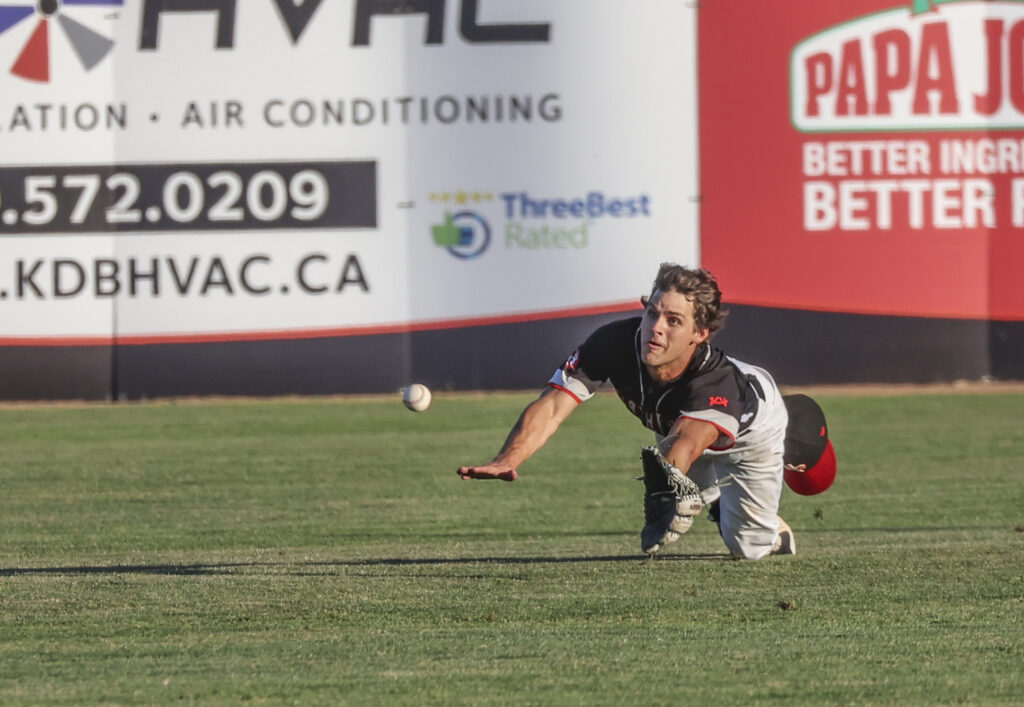 Ty Siffermann lays out to steal a hit with the game tied. Photo: Allen Douglas

The NorthPaws offense came to life in the bottom half of the inning.

Tommy Green led off with a solo blast, his fourth of the season and second of the weekend. Two walks and a single later, the ‘Paws loaded the bases with no outs in the inning. Angus Stayte singled to bring home Félix Chénier-Rondeau for the first run of the game. Robin Villeneuve scored on a pass ball, then Noah Or came on on a sacrifice fly to centre field by Trey Newman. Ty Siffermann brought Stayte home on an RBI single to make it 7-6 Nanaimo.

Chénier-Rondeau tied the game in the next inning with a blast to deep right-centre field, his seventh home run of the season.

Coup de circuit, @chenier_felix sends it over the fence!

The NorthPaws yet again waited for their favourite inning to win in walk off fashion. Nolan Austin hit a lead off single up the middle, and was replaced by pinch runner Mike Fitzsimmons. Stayte followed it up with a single to left field, setting up Trey Newman with two runners on and nobody out. He corked the 1-2 offering from Landon Frei deep over the centre fielder’s head to bring Fitzsimmons home and win the game.

The NorthPaws bullpen was stellar in the game. Starter Tyrelle Chadwick allowed six runs in two innings of work, but the bullpen limited Nanaimo to one run the rest of the game. Cade Webber took over to allow one run through the next three innings. Ben Polack then pitched four scoreless innings to earn the win.

Earlier in the day, Nanaimo won the continuation of the game previously suspended on June 22nd. Nanaimo had established a 5-0 lead prior to the game being halted.

Landon Frei hit an RBI single in the 6th, and Tobey Jackson hit a two-run single in the 7th to round out the scoring for Nanaimo who was playing as the home team on the road.

NorthPaws righty Boston Warkentin pitched 6.2 innings between the two dates, striking out seven in the game.

Josh Laukkanen was credited for the win for Nanaimo, allowing only three hits in all 6.2 innings needed to secure victory in the afternoon game.

The teams will wrap up the series on Sunday. The NorthPaws will look to sweep the weekend series in the 1:05pm start. With the afternoon victory, the NightOwls won the June series as the teams had split the other two games.