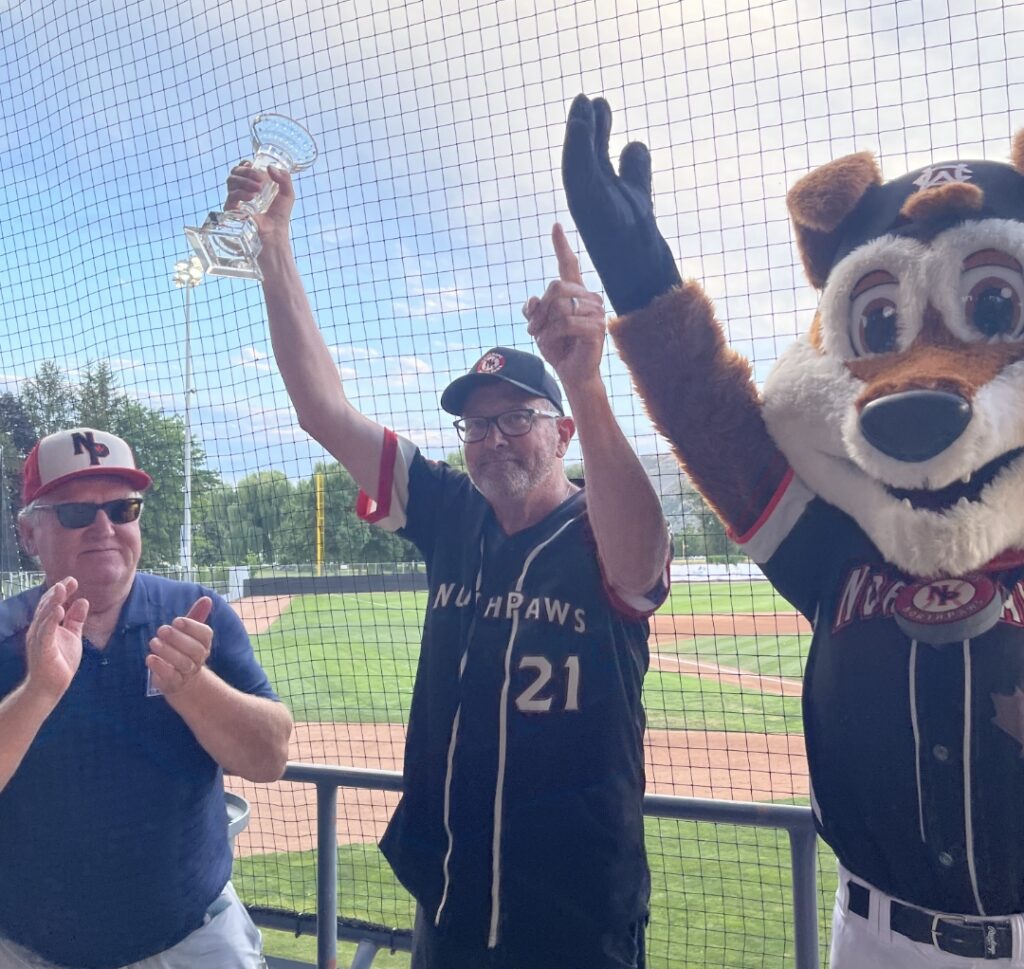 The Kamloops NorthPaws are the best team in British Columbia.

The expansion NorthPaws are the first winners of the inaugural BC Mayors’ Cup – a friendly competition between the mayoral offices of BC-based West Coast League teams.

The team with the best record against provincial opponents claims the title, and a trophy and bragging rights for their local mayor.

The NorthPaws narrowly edged out the Victoria HarbourCats for the 2022 title, needing to complete a four-game sweep of the Kelowna Falcons in the final week of the regular season to claim the prize. The finished with a 12-6 record against BC teams, largely in part to home series sweeps against both the Falcons and Nanaimo NightOwls.

And that they did, a two-run home run by Zack Beatty in the ‘Paws final home game of the season cemented the provincial title.

On top of the Best in BC crown, the NorthPaws were also the only ’22 expansion team to qualify for the playoffs – a feat only accomplished by three other expansion teams in West Coast League history.

The ‘Paws finished with a 26-27 record, good for 3rd place in the North Division. They only lost one home series all season, largely helped by nine walk off victories. 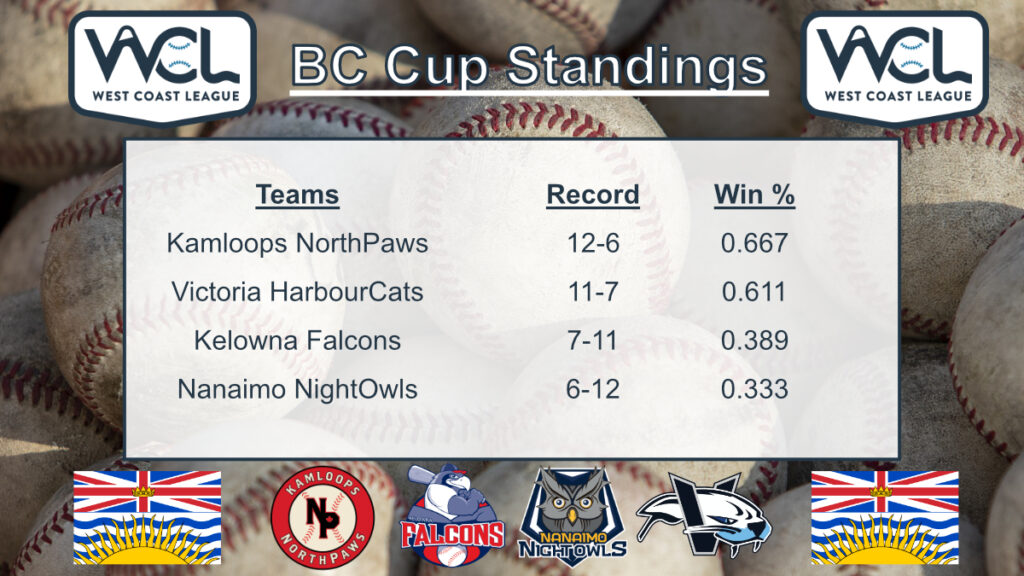