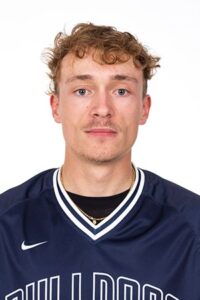 Morin-Larocque suited up for Team Canada at the U18 World Qualifier in 2018.

“That was my biggest dream when I was a kid, that’s all I wanted to do,” he said about suiting up for Team Canada. “It was awesome. I loved all of it.”

The towering right-hander says he prefers pitching out of the bullpen, particularly as the closer. He leans on a strong fastball which sits around 90mph and peaked at 94mph in the fall.

“I like closing because I know the game is literally on me and I like when there’s pressure too, I know I have to take control of it. I like being on the mound in the last inning and not watching someone else,” he said. 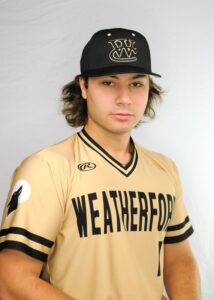 Villeneuve, from Gatineau, Que., is in his first season at Weatherford College (NJCAA Division I).

A 6’5” left-handed two-way player, he is pitching and playing first base in his first collegiate season.

He has pitched 22 innings in five appearances this season, posting a 0.82 ERA with 22 strikeouts and has earned two wins. At the plate, he is hitting for a .276 average with two home runs and 14 RBIs.

“As a pitcher, I think I have good movement on my stuff and on my fastball. I’m a pitcher that can get a lot of Ks or groundballs. As a batter, I think I’m a good hitter with some power and consistency,” he said.

Villeneuve played for Team Canada U18 at the 2021 Friendship Series, a team which had NorthPaws head coach Cole Armstrong as an assistant coach.