The Kamloops NorthPaws newest recruit will help solidify defense in the outfield and add power to the lineup next summer.

Joe Sassi, a corner outfielder from Piedmont, Calif., is the newest addition to the NorthPaws inaugural roster. 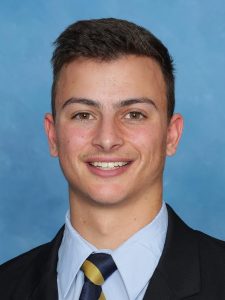 “He’s a guy who will bring big raw power and a strong arm from the infield corner positions,” said head coach Cole Armstrong. “We’re excited about the potential he brings. We have a lot of guys we expect to see big improvements from during the spring and summer and Sassi is definitely one of those guys.”

A sophomore at San Jose State University, Sassi will join his university teammate Dalton Bowling as Spartans on the NorthPaws roster. The pair have known each other for a long time, as they were frequent opponents growing up in the Bay Area.

Sassi was perfect defensively as a senior in high school, putting up a 1.000 fielding percentage along with a 0.375 batting average.

“I’d describe myself as a right-handed, power-hitting outfielder,” Sassi said. “The West Coast League is a great league. It gives me an opportunity to get in a lot of at-bats during the summer.”

Joining the NorthPaws will mark a couple of firsts for Sassi. It will be his first experience playing a collegiate summer baseball season. He expected to play in the Expedition League in North Dakota last summer, but it was cancelled due to the COVID-19 pandemic.

It will also be his first time travelling to and living in Canada, an experience he is looking forward to.

“One of my teammates at [San Jose] State played a season in Kelowna and he said it was a lot of fun. I’m excited to get up there,” Sassi said.