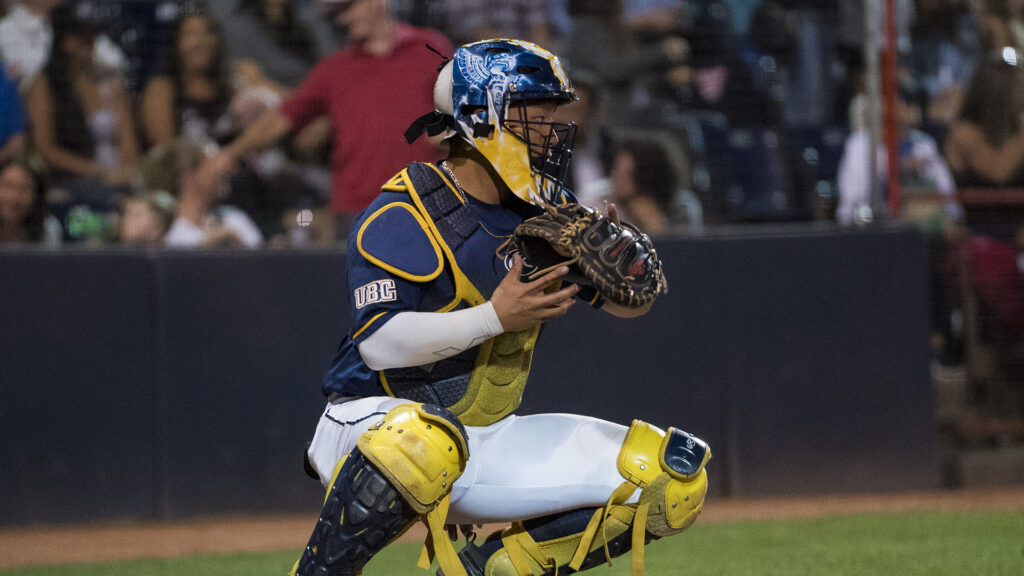 Two more University of British Columbia Thunderbirds players have signed with the Kamloops NorthPaws for the 2022 season.

Infielder Cam Sanderson and catcher Noah Or have signed with the NorthPaws for the 2022 season.

Sanderson is in a unique position this season, entering his fourth bout of his freshman year. Due to his unique circumstances, he will be graduating from his undergraduate degree with three years of playing eligibility remaining.

“I’m super excited to finally get the chance to get going, have a season with UBC and to get to play in the summer again,” Sanderson said.

He was injured in his first season, requiring Tommy John surgery, and then had the next two seasons cancelled due to the pandemic, so he will be entering his first collegiate season on the diamond while navigating his final academic semester.

Sanderson, who hails from a small town outside of London, Ont., was signed to play in the West Coast League for Kelowna in 2020 and 2021 but has wisely switched allegiances up Highway 97 for 2022.

With such an extended time without game play, Sanderson decided to spend time converting into a two-way player. Typically a middle infielder, he made his collegiate pitching debut against Benedictine University at Mesa on Feb. 10.

His pitch repertoire includes a 4-seam fastball, cutter, circle changeup and curveball, and he allowed one walk, one hit, while allowing no earned runs and collecting a strikeout in 1.2 innings of work in his debut on the mound.

“Whether it’s pitching twice a weekend or playing four games on the infield, I just want to have the opportunity to play as many games as possible and contribute as much as possible. Hopefully by the end of the season I’ll have good enough stats and perform well so I’m able to pursue a master’s degree at the end of it all,” Sanderson said. 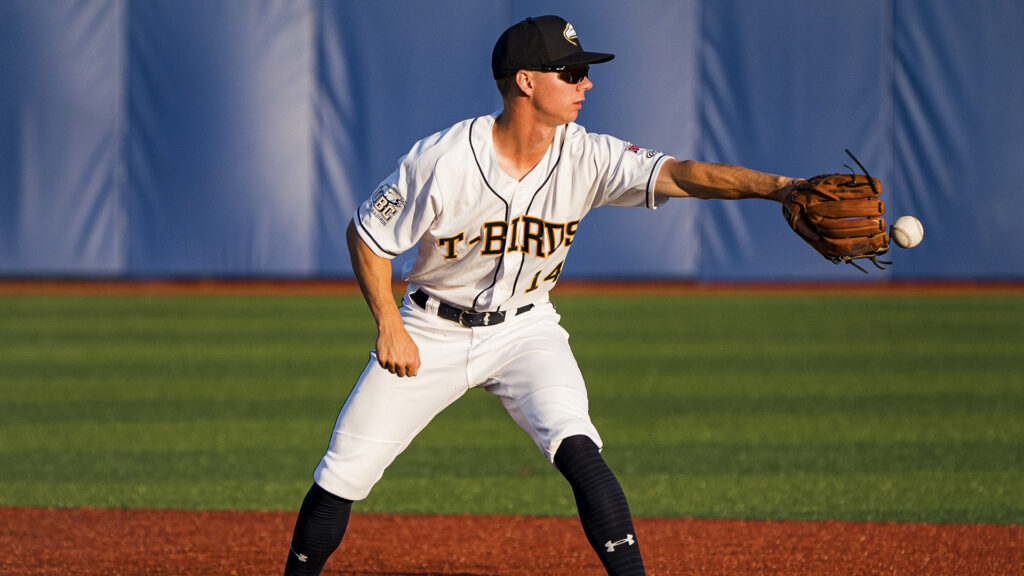 Infielder Cam Sanderson worked on his pitching to become a two-way player during the pandemic. Bob Frid/UBC Athletics

Or, from Richmond, played in the BC Premier Baseball League with the North Delta Blue Jays and North Shore Twins before embarking on a collegiate career which saw him begin south of the border at the University of Jamestown before an injury sidelined him in his first season.

“That was the dream for every high school kid in the province to go down south and play. Unfortunately, a concussion held me back my first year, so I decided to come home,” Or said. 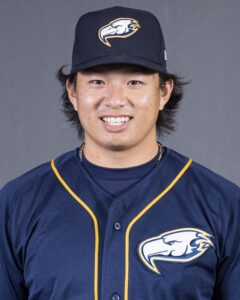 His decision to sign with the NorthPaws is largely in part to his connection to the coaching staff. He plays for NorthPaws assistant coach Sammie Starr, who is also an assistant coach at UBC, and has trained with head coach Cole Armstrong in the past as well.

“Sammie’s a great coach, but I’ve also known Cole for a really long time. I’ve trained with him since I was 14, so I’ve known him for awhile,” Or said.

“Kamloops is also a great baseball environment. I’ve played in tournaments there since beyond I can remember. The West Coast League was always a goal of mine, to play in a summer league as competitive as that, and Kamloops presented an opportunity for me to play and I’m grateful for that.”

Or, like his UBC teammate, will be graduating this spring with playing eligibility remaining due to the pandemic-lost seasons.

He is planning to pursue a master’s degree at UBC while continuing to play for the Thunderbirds after this season, unless the pros come calling.

“None of us have been able to put on a T-bird uniform in the last two years, so I think that’s the most exciting part of this season for us,” Or said. “Individually, I’m obviously thinking more towards the future about getting into grad school and potentially the professional level. Obviously, I just need to keep working hard and that’s all I’ve got my sights on.”

Six Thunderbirds have committed to the NorthPaws for 2022. Pitchers Vic Domingo and Sean Heppner, and infielders Mike Fitzsimmons and Ty Penner will join Or and Sanderson in Kamloops this summer.

The Thunderbirds season continues Thursday when they open a four-game series at William Jessup University in California.