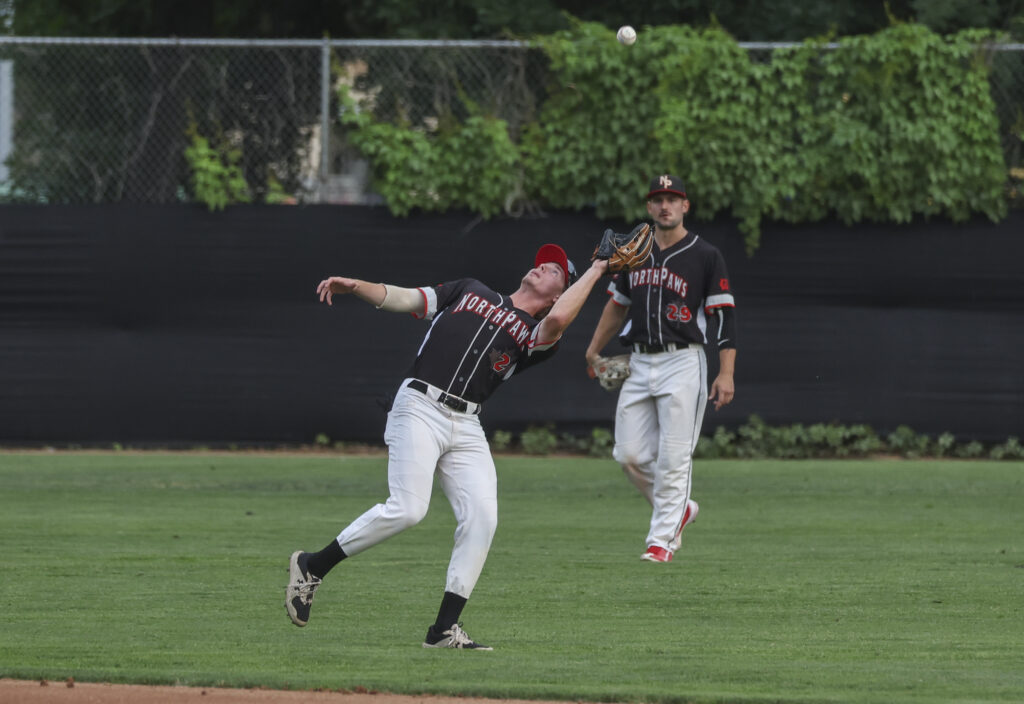 Mike Fitzsimmons fields a fly ball against the AppleSox.

The Wenatchee AppleSox punched their ticket to the North Division Championship Game with a 17-2 win over the Kamloops NorthPaws Wednesday night in Wenatchee.

Ty Siffermann opened the scoring for the NorthPaws in the top of the first inning. He hit a one-out triple to the gap in right-centre field, and came home on an AppleSox throwing error which saw the baseball bounce into their dugout.

Cole Cramer hit a bases-clearing double with two outs in the bottom half of the inning to count three of the home side’s four-spot, and the AppleSox led 4-1 after the opening frame.

Wenatchee added a pair of runs in the 2nd inning, then put one run up on the board in each of the following innings until the 6th inning. CJ Horn and Xander Orejudo’s solo shots kicked off a seven-run 6th for the home side, followed by another run in the 7th to lift Wenatchee to the series sweep.

Noah Or hit a lead-off single in the 5th inning, advanced to third on a single by Brandon Luna and then came home as the AppleSox turned a double play to score the NorthPaws’ final run of the season.