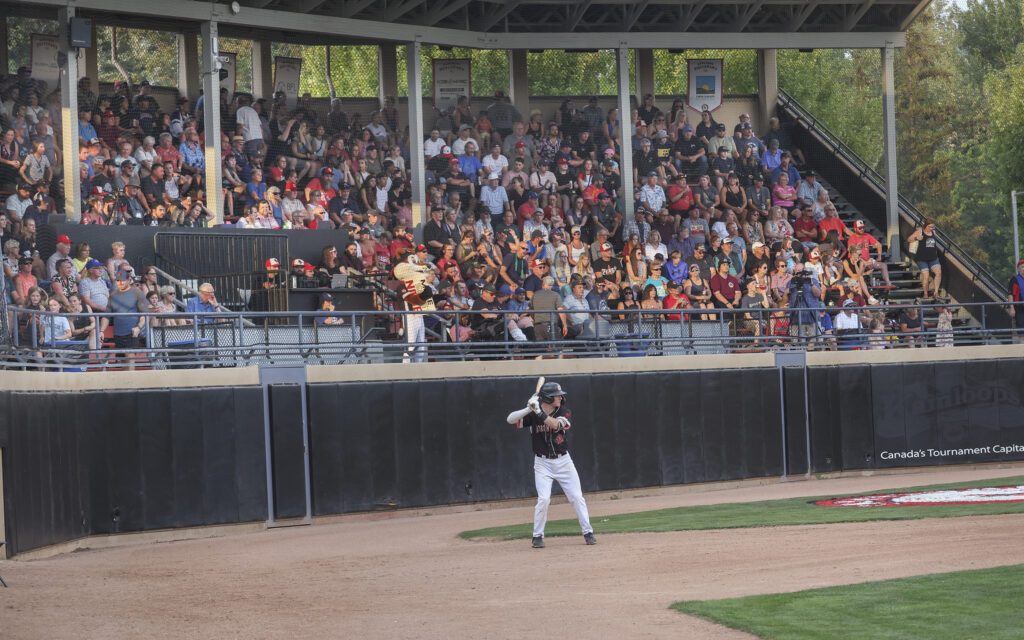 Tommy Green stands in front of a packed grandstand for the NorthPaws playoff debut.

The Wenatchee AppleSox defeated the Kamloops NorthPaws 12-1 on Dearborn Ford Field at Norbrock Stadium Tuesday night to take a 1-0 lead in the Best-of-3 North Divisional Series.

The visitors opened the scoring with a three-run 3rd inning. With help by four walks in the inning, designated hitter Nino Vultaggio scored on a pass ball, then catcher CJ Horn hit a two-run single to get the AppleSox on the board.

Wenatchee posted another three-run inning in the 5th inning. Adam Fahsel hit an RBI single to open the AppleSox offense in the inning. Xander Orejudos scored on a wild pitch, and Brooks Rasmussen drew a bases-loaded walk to make it a 6-0 game. 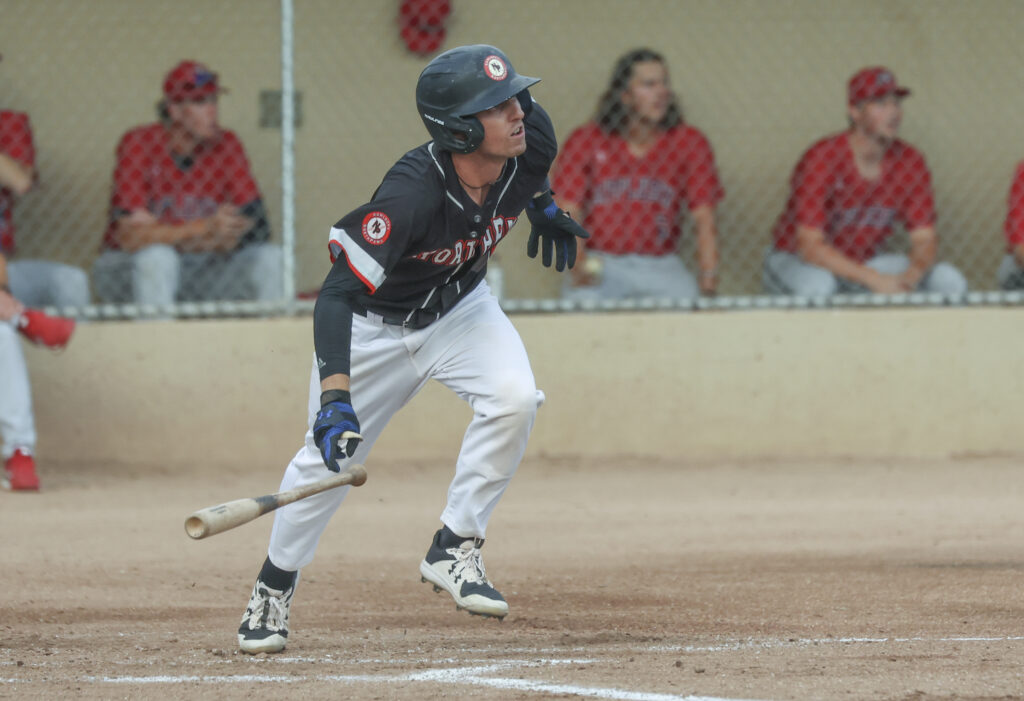 Angus Stayte watches the ball fly off his bat.

The AppleSox added another five runs in the 6th inning, taking advantage of some pitching and defensive miscues from the home side to take a commanding 11-0 lead.

The NorthPaws got on the board and got the crowd of nearly 1,200 on their feet in the bottom of the 6th. Mike Fitzsimmons hit a single up the middle to end AppleSox’s starter Conner Ashworth’s no hit bid. He then advanced to third base on a single from Félix Chénier-Rondeau. Fitzsimmons then came home for the NorthPaws first run of the night when Chénier-Rondeau stole second and the ball dropped, momentarily getting lost in the dirt, and giving the speedy shortstop enough time to cross the plate.

The AppleSox added another run in the 7th inning on another RBI single from Fahsel to make it 12-1 for the visitors.

The two teams will travel to Wenatchee for Game 2 Wednesday night. NorthPaws’ southpaw Colby Ring is expected to get the start on the road for Game 2. Game 3, if necessary, will take place Thursday night in Wenatchee.