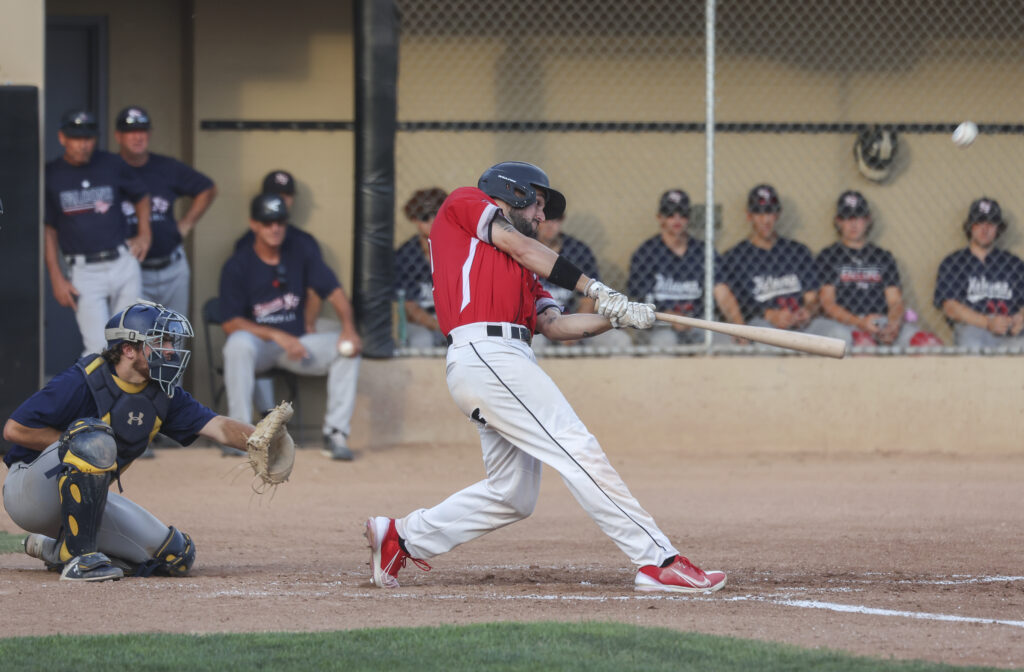 A multi-homerun performance from Félix Chénier-Rondeau helped the Kamloops NorthPaws to a convincing 17-8 victory over the Kelowna Falcons in the series opener on Dearborn Ford Field at Norbrock Stadium Tuesday night.

The Falcons opened the scoring in the top of the first inning. Mike Montrezza hit a one-out double and came home on a sacrifice fly by Troy McCain to get the visitors on the board.

The NorthPaws responded in the bottom half of the inning. Jackson Forbes drew a lead-off walk before Chénier-Rondeau hit his first dinger of the night, a two-run shot to right field to open the scoring. Robin Villeneuve was hit by a pitch in the next at-bat and was later brought home when Daniel Martin was putout at first base to give the home side a 3-1 lead after the first inning.

Kelowna gets on the board in the 1st, but @chenier_felix answers with his 8th💣of the season. The 2-run shot puts us in front 2-1 in the bottom of the 1st. pic.twitter.com/jwsC1v2MyJ

The Falcons added a run in the 2nd inning. They drew four walks, including one with the bases loaded to trim the lead to 3-2.

The NorthPaws bats answered with another three-run inning in the bottom of the 2nd. Forbes hit an RBI single, followed by back to back sac flies from Chénier-Rondeau and Villeneuve to extend the lead to 6-2.

Chénier-Rondeau then hit his second home run of the game in his third trip to the plate in as many innings, a three-run shot for his team-leading ninth bomb of the season. Ty Siffermann, Mike Fitzsimmons and Tommy Green also collected RBIs as part of a six-run outburst in an inning that saw 11 NorthPaws step up to the plate.

His team-leading 9th home run – and 2nd of the game, @chenier_felix has 6RBIs in 3 trips to the plate in the 3rd inning.

Siffermann hit his first West Coast League home run in the 4th inning, a solo shot to left field to make it a 13-2 ball game.

Dylan Zavala poked a single to right with the bases loaded, followed by a sacrifice fly to centre field by Tyrelle Chadwick to extend the NorthPaws lead to 15-2 in the 5th inning.

Green and Chadwick took advantage of some defensive miscues to score in the 7th inning and extend the lead to 17-2 NorthPaws.

The Falcons added a final run in the 9th. Hiroyuki Yamada, hit an RBI double to deep centre field and then scored on a fielder’s choice. Nico Button, Nolan Klein and Nick Cleland also collected RBIs to round out the scoring for the visitors.

NorthPaws starter Shay Timmer (2-3) settled into his first start at home after allowing a run in either of the first two innings, striking out five through four innings of work to pick up his second win of the season.

Travis McDougall took over on the mound to pitch four scoreless innings, allowing three hits while striking out seven. Cam Sanderson finished the game on the mound for the home side, allowing two runs in the 9th.

Kamloopsian righty Austin Coyle made his WCL debut for the Falcons, named the starter for the series opener in his hometown.