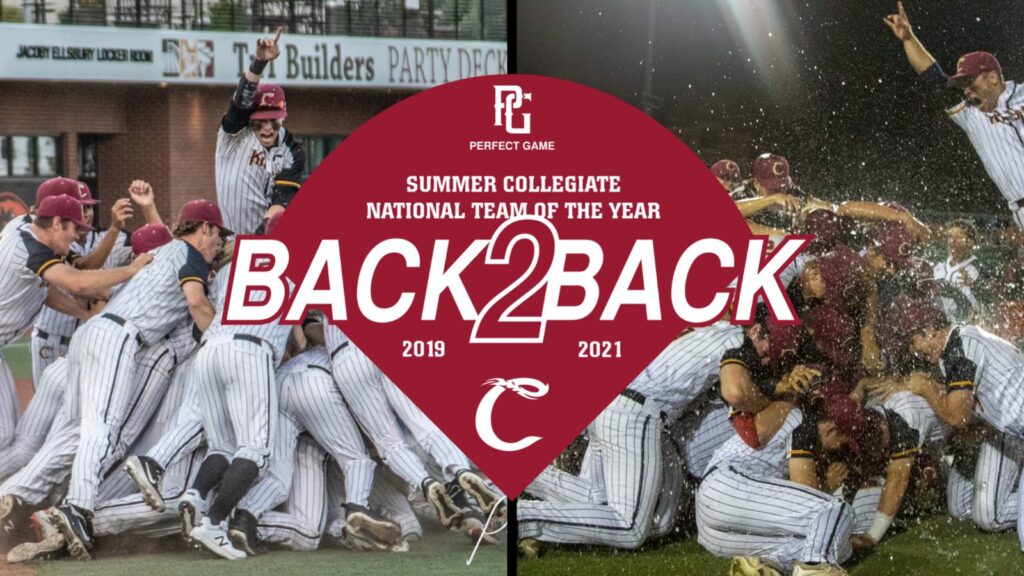 Friday, the West Coast League received a bit of tremendous news: for the second straight season, Perfect Game has announced the Corvallis Knights as their Summer Collegiate Team of the Year.

In 2019, Corvallis was named Summer Collegiate Team of the Year after setting a new league record with 42 wins and winning their fourth straight championship. There wasn’t an award in 2020 because of the pandemic. But in 2021, Corvallis once again took Team of the Year honors in the wake of a league-best 37-11 record and yet another West Coast League championship.

For much more about Corvallis’s Team of the Year Award, please see the Knights’ website.

About the West Coast League: The West Coast League is the West’s premier summer collegiate baseball league. Encompassing Oregon, Washington, British Columbia, and now Alberta, the WCL showcases pro prospects from major collegiate conferences around the nation. Every summer, the league features unparalleled fan and player experiences, with North America’s best baseball weather and a mix of classic ballparks and dramatic scenery. The 2019 MLB amateur draft began with former Corvallis Knight Adley Rutschman selected with the overall No. 1 pick by the Baltimore Orioles. Also in 2019, 317 WCL alumni were active in affiliated professional baseball, including 45 in the major leagues, while overall attendance in the West Coast League increased to nearly half a million fans.

Don’t miss the action when the West Coast League come to Kamloops in 2022. Season Tickets & 10-Game Flex Plans are on sale now, including the inaugural season early-bird offer of a $100 voucher for food and beverage or merchandise at a NorthPaws game.