Heppner Strikes Out Eight to Lift NorthPaws to Victory Over Pippins 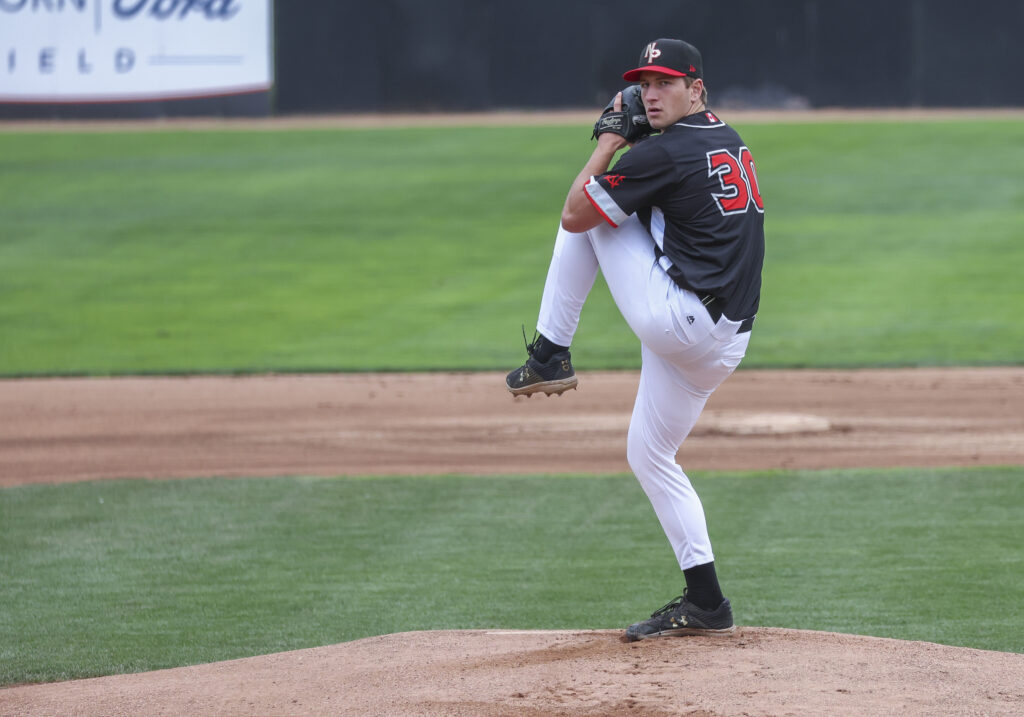 The Kamloops NorthPaws got the second half of the West Coast League season off to a good start with a 6-2 victory over the Yakima Pippins on a drizzly Dearborn Ford Field at Norbrock Stadium Monday night.

The Pippins got on the board first in the top of the 2nd inning. Sam Olsson worked a walk and later came around to score on a sacrifice fly to left field for the first run of the night.

The NorthPaws bats came alive in the 3rd inning.  Gabe Arellano and Jackson Forbes were both hit by pitches to start the inning to see two runners on base with none out. Tommy Green then knocked a 2-1 pitch for a single to  bring Arellano home for the home team’s first run of the game. Robin Villeneuve hit an RBI double in the next at-bat to score Forbes. Daniel Martin then reached on an error by the Pippins left fielder Owen McWilliam to score Green, then Villeneuve scored on a sacrifice fly to centre field off the bat of Nolan Austin. Trey Newman rounded out the inning scoring with a double to deep right-centre field to score Martin from second.

Trey Newman @CAC_BaseballDB9 with a double to deep right-centre cashes Daniel Martin @UNMLOBOS – as part of a 5-run 3rd inning.

Ty Siffermann added to the the NorthPaws lead in the 7th inning. He drew a two-out walk with the bases loaded to bring Villeneuve home and extend the lead to 6-1.

The Pippins added a run in the 8th inning. Jackson Reed hit into a double play with the bases loaded, but Connor Coballes was able to make it home from third. 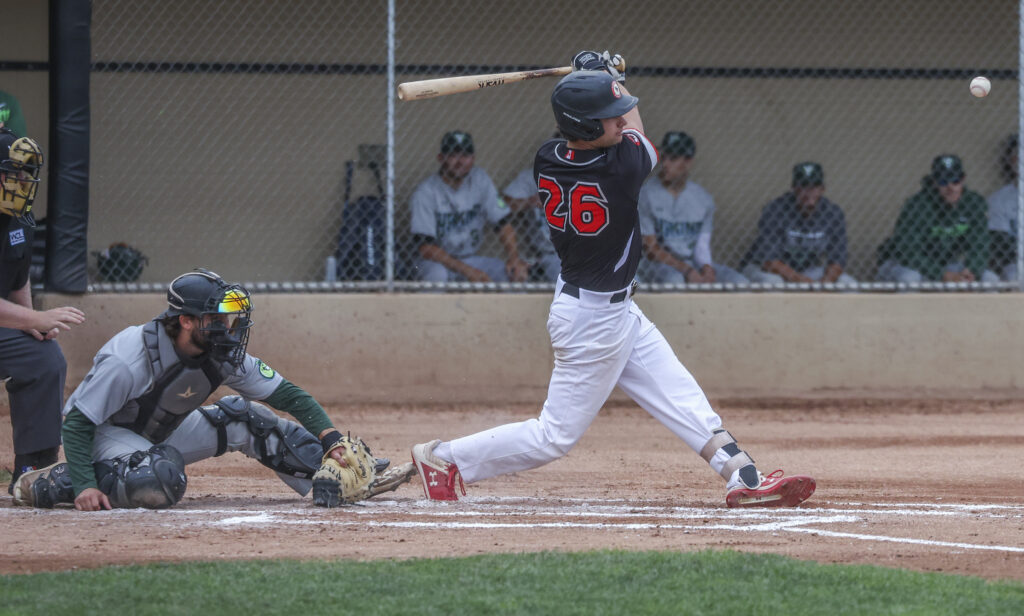 Sean Heppner (2-0) put up a stellar performance to pick up his second win of the season. He went five innings, allowing one run on two hits and striking out eight – including two beer batters!

Shay Timmer took over to throw three innings, allowing one run on five hits with three strikeouts. Kolby Lukinchuk came in to pitch a scoreless 9th with two strikeouts, he has posted a 0.00 ERA through 11.2 innings in six appearances with 11 strikeouts.

Isaac Yeager took the loss on the mound for the visitors. 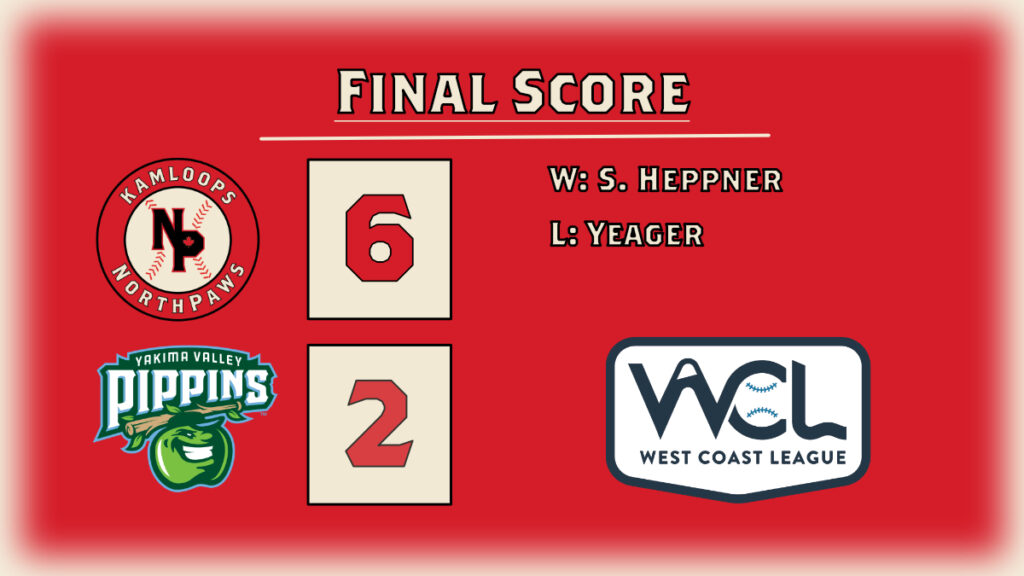