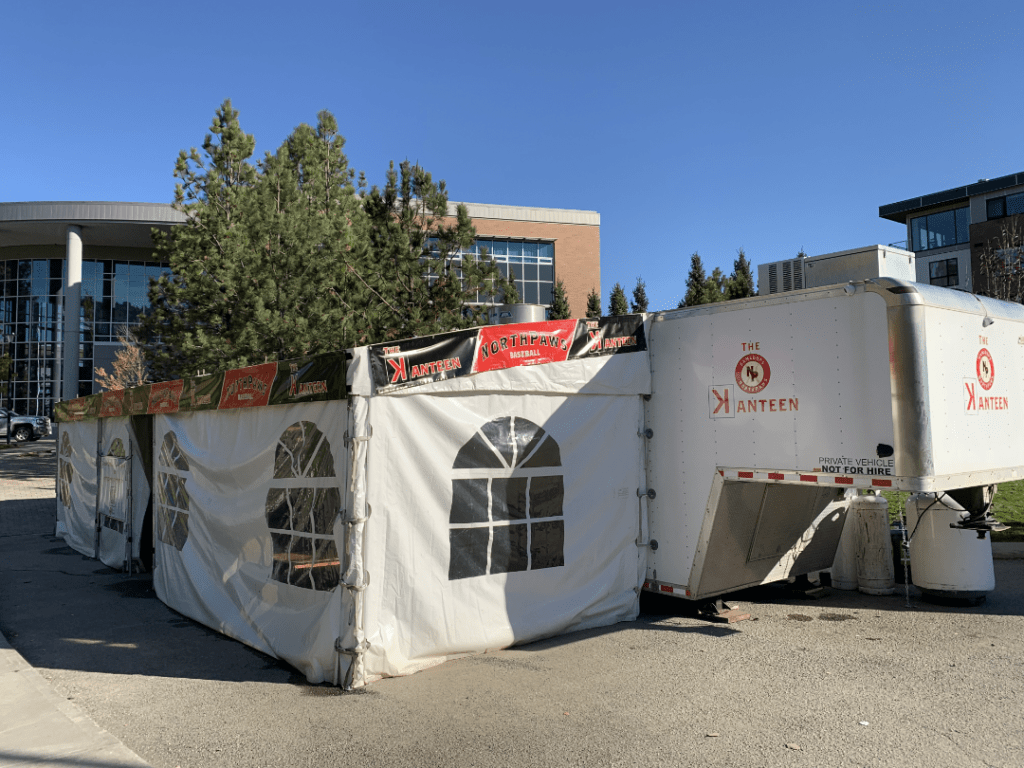 The NorthPaws Kanteen is open weekdays between Old Main and the International Building on TRU’s campus.

The NorthPaws have entered a partnership with Thompson Rivers University to have the 48-foot kitchen on wheels open on campus during the university’s fall and winter semesters.

It is currently open on campus weekdays from 7:30 a.m. to 6:30 p.m. between Old Main and the International Building.

The Kanteen will move to Norbrock Stadium in the springtime and be open for fans at all NorthPaws home games.

“You won’t find your typical ballpark fare. We’re proud to be serving fresh, hot, cooked to order food,” says co-owner Jon Pankuch. “The menu may change as we approach our first games but this way fans can get a taste of what they might see at our games. The Yum Yum Chicken Sandwich is already proving to be a favourite.”

The name Kanteen is a Kamloopsian baseball twist on the colloquial term for a food service found at a sporting venue. The K in Kanteen is equally an homage to our hometown as it is a reference to baseball as the stylized backward K in a box in the same way a called third strike would be denoted on a baseball scorecard.

The letter “K” was adopted as the abbreviation for a strikeout in the late 1800s, taking the last letter of struck as “S” was already in use.

The NorthPaws Kanteen also launched an online ordering system, which will allow fans to place their orders and have it delivered without leaving their seats at Norbrock. Currently, it is active to place pre-orders and skip the line at https://northpaws.zenfoody.com/.

Season Tickets and 10-Game Flex Plans are on sale for the 2022 season. Both ticket packages include the early bird offer of a $100 voucher to be used for food and beverage or merchandise at Norbrock Stadium. This offer expires on Dec. 31, 2021. Don’t miss your chance to reserve the best seat in the house when the West Coast League comes to Kamloops. 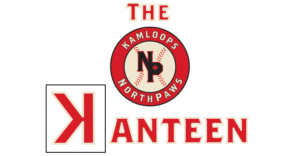