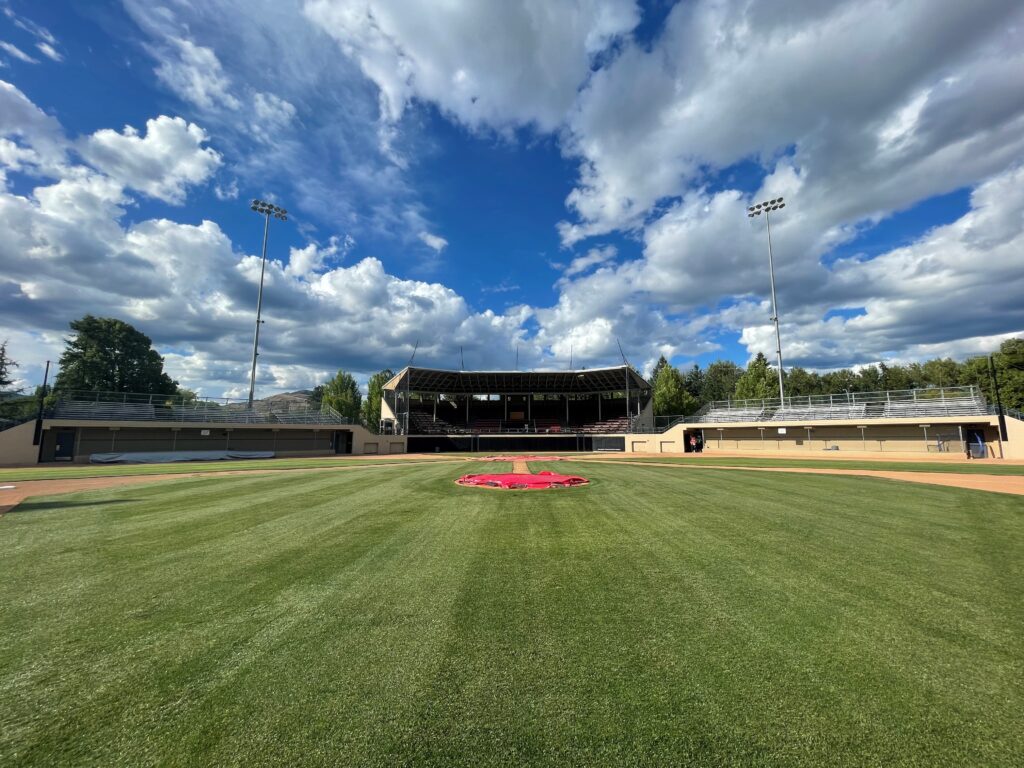 Norbrock Stadium, home of the NorthPaws, was named the Sports Turf Managers Association 2021 Field of the Year.

The City of Kamloops announced the award in a press release Wednesday morning, Norbrock won in the Fields and Parks – Baseball category. Kamloops was the only community to see two fields win awards in 2021.

It is the second time Norbrock Stadium has garnered the internationally recognized accolade, as the field was also the recipient in 2018.

Norbrock Stadium will welcome the West Coast League to its award winning playing surface for the first time on May 31st when the NorthPaws host the Edmonton Riverhawks.