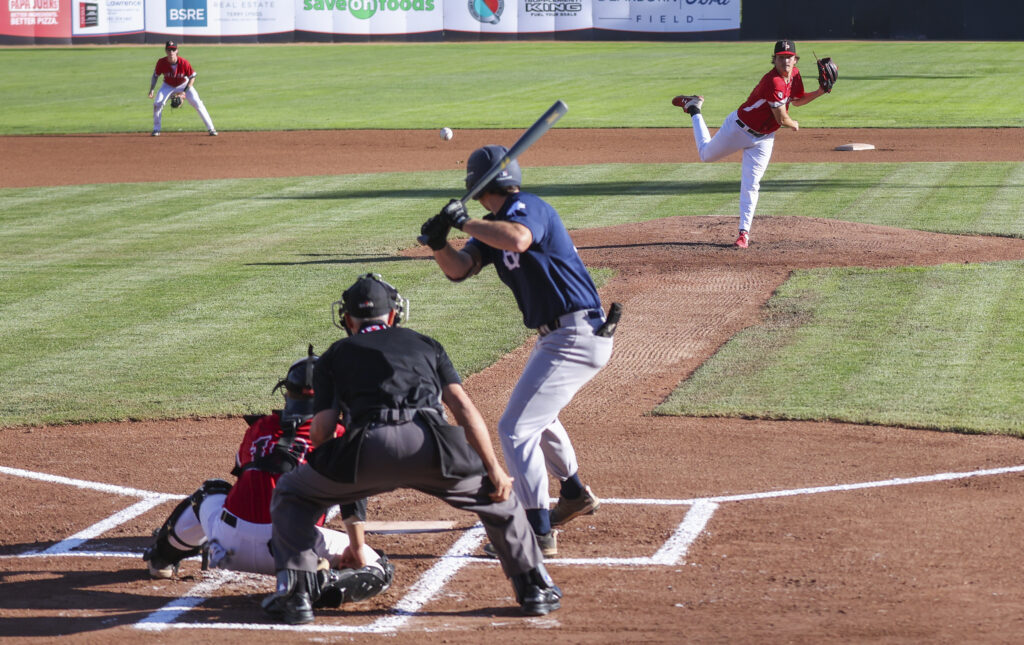 The Kamloops NorthPaws fell 8-3 to the Victoria HarbourCats in the final game of the mid-week series on Dearborn Ford Field at Norbrock Stadium Thursday night.

The HarbourCats struck early for the second night in a row, scoring twice in the opening inning courtesy of RBI singles by Colton Moore and Jake Skipworth.

The NorthPaws got on the board in the bottom of the 4th inning. Noah Or drew a two-out walk and was brought home in the next at-bat on a double to the gap by Nolan Austin to trim the visitors’ lead in half.

The teams traded runs in the 5th inning. Russel Young scored for Victoria on a groundball to second base. Tommy Green responded in the bottom half for Kamloops with an RBI double to keep it a one run lead. 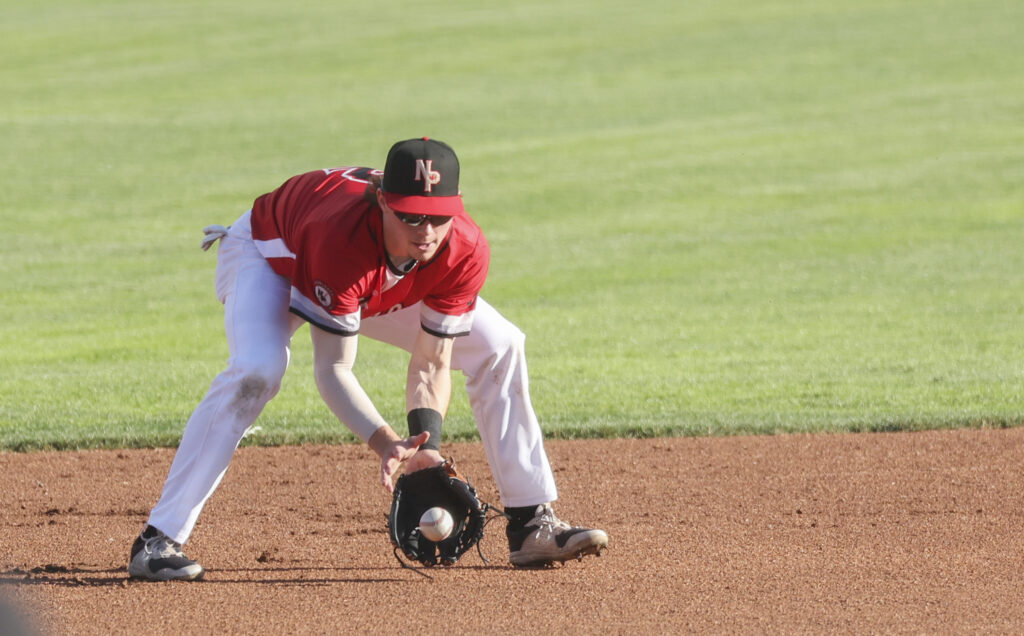 The HarbourCats added to their lead in the top of the 6th inning when Josh Rolling came home on a wild pitch. The visitors added to the threat with the bases loaded and two-out, but NorthPaws right-hander Shay Timmer struck out the final batter to retire the side and escape the jam.

Victoria added another run in the 7th inning, Skipworth picked up his second RBI of the night to score Moore from second base.

The NorthPaws clawed back in the bottom of the 8th inning Zack Beatty found a gap between the shortstop and third baseman to bring Green home and trim the lead to 5-3.

The HarbourCats found an answer in the top of the 9th inning. Moore hit his second RBI single of the contest to reinstate a three-run lead with no outs. Skipworth was retired in the next at-bat with a groundball to third but picked up his third RBI of the night in the process. Moore came in to score to round out the three-run final inning. It was enough to stave off a third consecutive walk off victory in the series.

The NorthPaws hit the road to take on the Kelowna Falcons and Nanaimo NightOwls and will return to Dearborn Ford Field on Friday, June 24. The Port Angeles Lefties come to town, including recently-signed former NFL wide receiver Golden Tate will come to Kamloops to patrol the outfield for the visiting squad. Tate will be the Beer Batter all weekend – we hope you’re feeling thirsty NorthPaws fans! 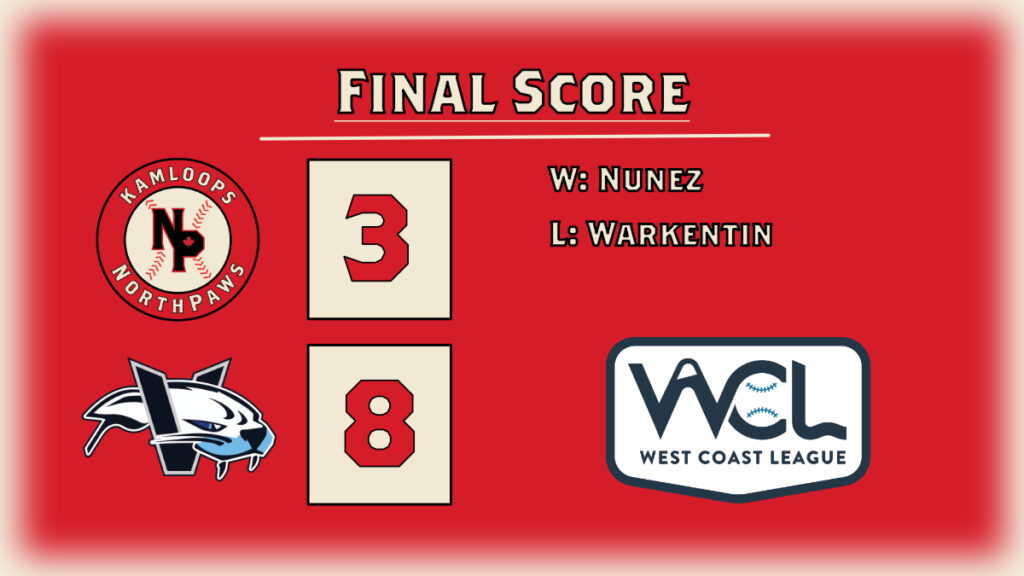