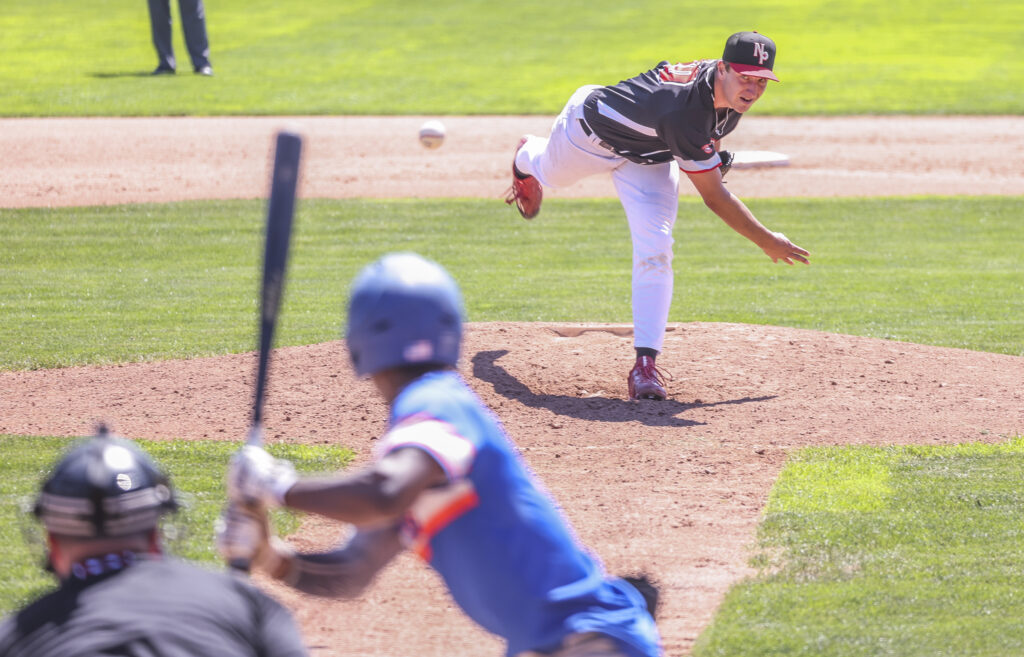 Sean Heppner struck out 8 batters to lift the NorthPaws to a 4-1 victory in Kelowna on Monday.

The Kamloops NorthPaws will open the final home series of the regular season Tuesday night holding onto the final playoff spot in the West Coast League’s North Division.

The Kelowna Falcons come to Dearborn Ford Field at Norbrock Stadium trailing the hosts by 2 games in the standings for the second of two newly-created wild card spots for the 2022 postseason.

The Victoria HarbourCats sit 0.5 games behind the NorthPaws for the final playoff spot, and only 3 games separate the 3rd place Edmonton Riverhawks from the 6th place HarbourCats in the standings heading into the final six games of the regular season.

The NorthPaws enter the final homestand winners of two straight games, after they halted a five game losing skid on Sunday with an 11-6 win over the Yakima Valley Pippins.

The NorthPaws then went into Kelowna and won 4-1 on the back of a 6-inning, 8 strikeout performance from Sean Heppner who now sits 3rd in the West Coast League with a 2.46 ERA. This was a make-up game from a prior rainout in June.

Another twist to this current home series is the inaugural BC Cup, a friendly competition between the mayors of all the BC-based WCL teams. Kamloops and Victoria are neck and neck for the 2022 title. Kamloops needs to sweep the series against Kelowna to win, and Victoria will claim the trophy for their mayor’s office if the Falcons are able to win any of the games at Norbrock this week.

All three BC teams vying for the final North Division playoff spot will face an opponent in the thick of the playoff race for the season-ending series this weekend. Kamloops visits Bellingham, Kelowna hosts Yakima Valley and Victoria hosts Edmonton beginning Friday.