NorthPaws Walk Off in Extra Innings Again to Beat Lefties 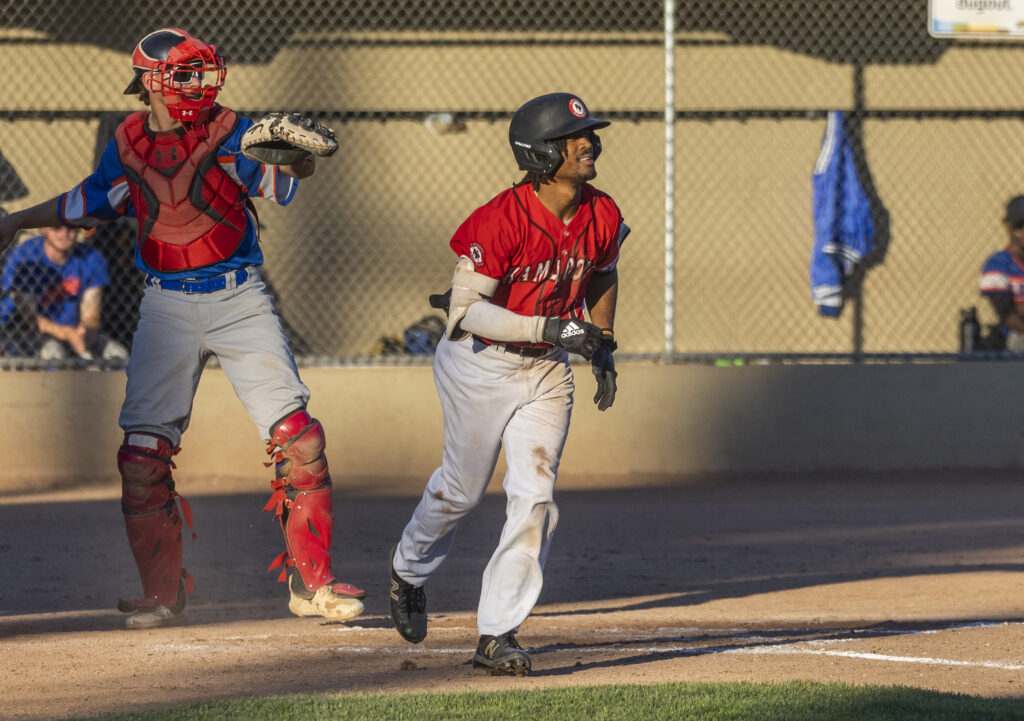 It was not the start to the homestand the Kamloops NorthPaws were looking for, but it was an ending the fans have become accustomed to as they bounced back to walk off the Port Angeles Lefties 6-5 in extra innings on Dearborn Ford Field at Norbrock Stadium Friday night.

However, the NorthPaws answered in the bottom half of the inning. Jackson Forbes scored the opening run on a sacrifice fly to the right field warning track by Félix Chénier-Rondeau. Zack Beatty struck out in the next at-bat, but Ty Penner stole second on the third strike and the Lefties catcher’s throw went well wide of his target, allowing Noah Or to score easily from third. The NorthPaws trailed 5-2 after the 1st inning.

The teams played a scoreless 2nd inning, but the NorthPaws bounced back to tie the game in the bottom of the 3rd. Forbes hit a lead-off single and promptly stole second. He was brought home two batters later on a single by Chénier-Rondeau. Penner then hit a single to put runners on the corners with only one away. Chénier-Rondeau scored and Penner advanced to second on a pass ball, then Daniel Martin tied the game with an RBI double to bring Penner home and tie the game. 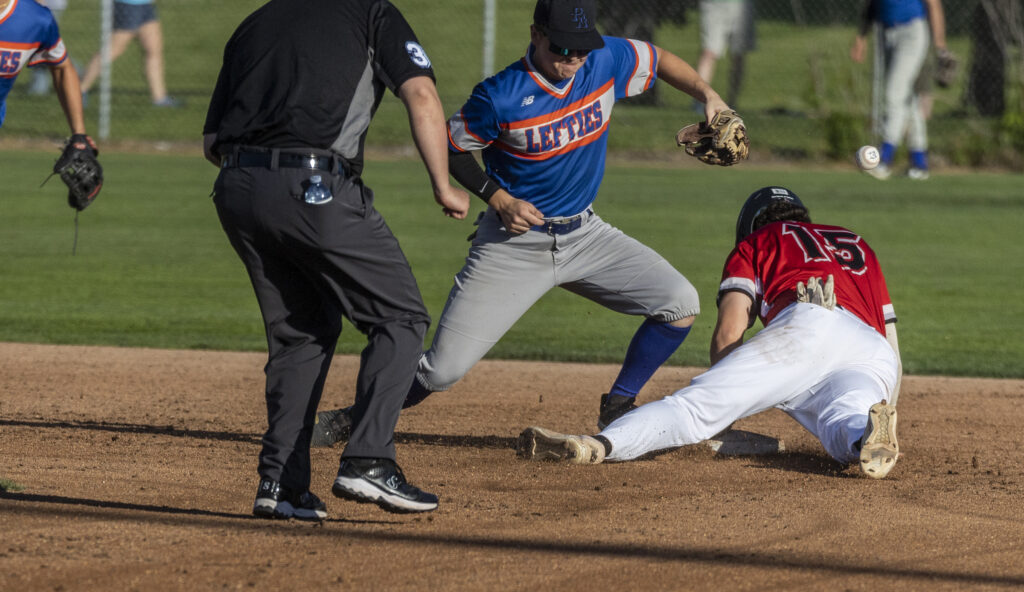 Ty Penner steals second base before scoring the tying run against the Lefties. Photo: Allen Douglas

The teams played scoreless baseball until extra innings, yet again needed for the NorthPaws. The Lefties offence threatened in the top of the 10th inning with runners on the corners and only one out, but the NorthPaws infield deftly turned a 4-6-3 double play to escape the inning.

In the bottom half, Dylan Zavala hit a two-out double to get the crowd abuzz. Mike Fitzsimmons then worked a nine-pitch walk to bring Forbes up to the plate. The speedy second baseman from San Jose State University ripped a line drive into right field to score Zavala and yet again earn the NorthPaws an extra-innings walk off victory at home – sending the crowd into another celebratory frenzy.

I was pinch-hitting on the mic for tonight’s @northpawsbb game vs the PA Lefties.
Two on, two out in the bottom of the 10th, Jackson Forbes steps up to the dish…….
Also can’t say enough about the 9 scoreless innings from the bullpen to allow the comeback. #WCL pic.twitter.com/PLfhtstexr

The NorthPaws bullpen was pressed into action early Friday night but held the Lefties scoreless for the next nine innings after the difficult opening frame.

Dylan Emmons took over the in 2nd inning and pitched four scoreless frames. He was followed by lefty Robin Villeneuvewho  pitched a scoreless 6th, then righty Kole Turner – making his debut on Dearborn Ford Field at Norbrock Stadium – also held the Lefties scoreless through the 8th inning.

Lefty Ben Polack took over in the 9th inning and pitched two scoreless innings to earn his third win of the season.

The NorthPaws and Lefties are back in action Saturday night for Game 2 of the weekend series. Click here for tickets.

Can’t make it to the ballpark? Watch the game online at https://wcleague.watch.pixellot.tv/home. 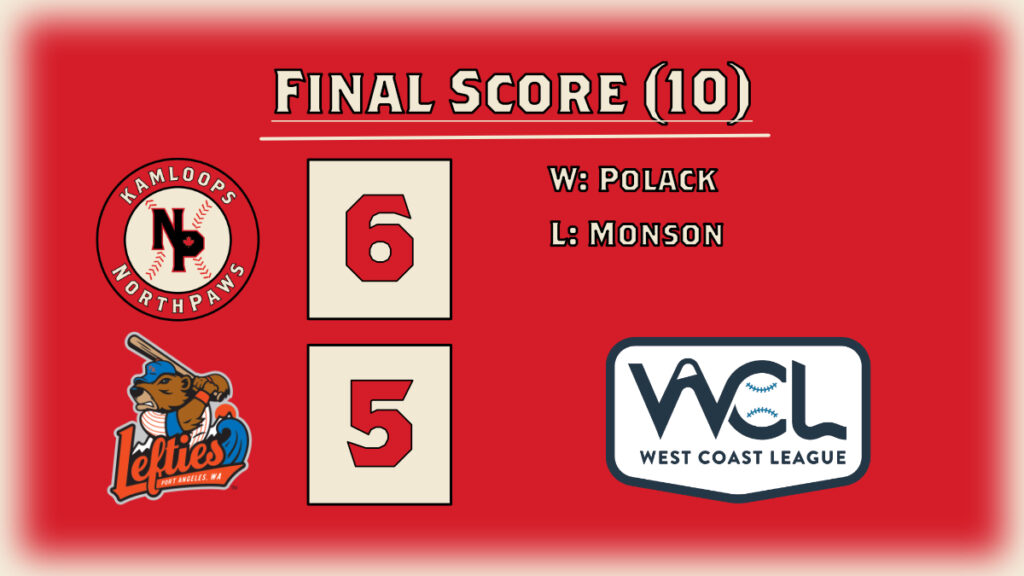